11 Romantic Movies to Stream on Netflix for Valentine’s Day 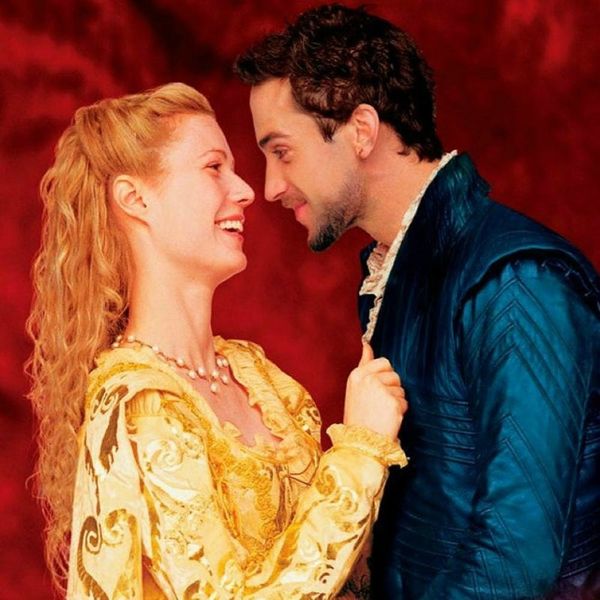 Fancy dinners are cool and everything, but sometimes you just want to spend the night in… even if it’s Valentine’s Day. What’s more romantic than curling up on the couch with your favorite person? This V-Day, skip the prix-fixe menu and save your money for a vacation together. To help you plan the perfect night in, we’re sharing our fave romances you can watch on Netflix — just add popcorn.

2. Ever After: This movie is Drew Barrymore at her absolute ’90s best. Everyone loves a good fairytale, and with the new Cinderella coming out, why not revisit some of the old faves? (photo via 20th Century Fox Films)

3. Amelie: This movie is inspiration for so many things we love: bold, green monochrome interiors, creativity and romance. Nothing says Valentine’s Day like whimsical French romance, amirite? (photo via Claudie Ossard Productions)

4. Adventureland: Embrace your love of the late ’80s (and of Kristen Wiig) in this critically-acclaimed romantic dramedy. It’s hard to make a decrepit amusement park seem romantic, but this movie nails it. (photo via Miramax)

5. Shakespeare in Love: Balancing the line between comedy and tragedy, catch the fictionalized version of how Shakespeare was inspired to write Romeo and Juliet, replete with balcony scene. It’s totally okay to cry on Valentine’s Day, right? (photo via Miramax)

6. Clueless: Do you even need an occasion to watch this? We can think of a million reasons, and Galentine’s Day is just one on the long, long list. (photo via Paramount Pictures)

7. Blue is the Warmest Color: This movie killed it at basically every film festival everywhere. Based on a graphic novel, this story of first love is incredibly moving, not to mention beautiful to look at. (photo via Quat’sous Films)

8. Much Ado About Nothing: Directed by Joss Whedon, of Buffy, Firefly and The Avengers fame, this Shakespearean comedy is reimagined in Los Angeles. You’ll giggle and swoon, plus Nathan Fillion makes a hilarious cameo. (photo via Bellwether Pictures)

9. Stardust: Based on the book by Neil Gaiman, this epic fairytale is just the thing to inject a little romance into an otherwise normal day. Plus, there’s a unicorn, Michelle Pfeiffer as a fierce witch and Robert De Niro in drag. It’s basically awesome across the board. (photo via Paramount Pictures)

10. Can’t Hardly Wait: Preston Meyers was my dream date. Just kidding, he’s totally still my dream date. This ensemble comedy is one of the most perfect high school romances ever made. (photo via Columbia Pictures Corporation)

11. Silver Linings Playbook: Every pot has its lid — is there any more romantic notion than that? J-Law got an Oscar for this role, and it’s easy to see why. (photo via Weinstein Company)

What movies do you have queued up to watch with your bae? Let us know in the comments below!

From Your Site Articles
Maggie Tokuda-Hall
Maggie is freelance editor for Brit + Co, a children's book author and bright color enthusiast. When she's not reading, you can find her doodling, making greeting cards or wandering around San Francisco. During the week, she's at the Chronicle Books offices.
90s
Party
90s Date Night Netflix Valentines Day