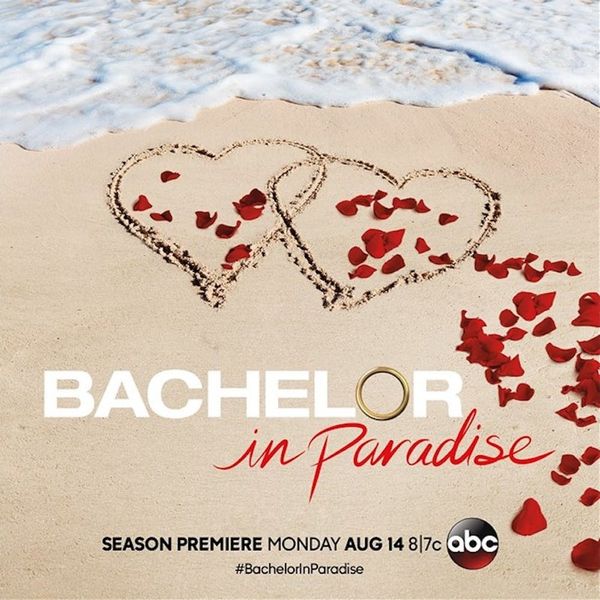 If you made it through the three-hour finale of Rachel Lindsay’s season of The Bachelorette, you were in for a surprise at the end. No, not her final pick or the inevitable proposal, but that Bachelor in Paradise preview. While we were fully prepared for a sneak peek at the upcoming season, we weren’t expecting to see the exact moment production was shut down due to allegations of misconduct.

You might think that after the backlash from the first Bachelor in Paradise promo led to the spot actually being pulled, the folks behind the scenes would play it safe regarding the already-controversial new season. But the latest trailer dives headfirst into the scandal-sparking situation between Corinne Olympios and DeMario Jackson.

The water's just fine! Dive back in to #BachelorInParadise in one week!

The footage shows the two former “villains” jumping into the pool just 30 minutes after arriving on the scene. At first, everyone appears to be having the same sort of lighthearted fun, sharing drinks and cozying up for get-to-know-you chats. But the tone changes drastically when the pair are pulled away by producers and the camera crew is told to stop filming as the rest of the cast tries to figure out what’s going on. One person asks, “Are Corinne and DeMario okay?” It’s quite intense to watch, given what we know about the allegations.

While the new preview handles the situation in a much more straightforward way than the first “cheeky” attempt, fans of the show definitely had mixed reactions.

My face while watching the preview for bachelor in paradise pic.twitter.com/Rmi8Y6o4xL

using Demario and Corinne in this "most insane season ever" #BachelorInParadise promo is revolting.

How about that Bachelor in Paradise preview… 😳

Just watched the #BachelorInParadise preview extended season and even know I said I wouldn't i cant not watch that omg!!! pic.twitter.com/M4Cr9wdInQ

Whatever you think of the preview, we’ll be able to see the situation fully play out when season four of Bachelor in Paradise premieres Monday, August 14, at 8pm ET on ABC.

What do you think about the latest Bachelor in Paradise season four sneak peek? Let us know @BritandCo.