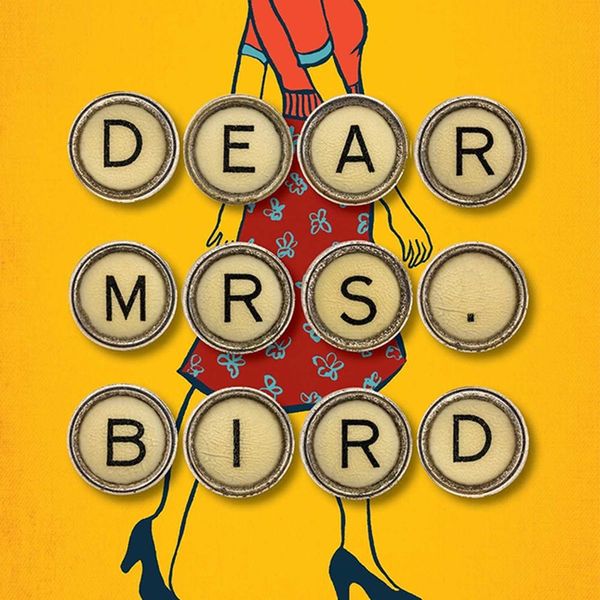 From Independence Day festivities to summer BBQ hangouts, July is packed with reasons to celebrate with friends and family. But for those odd summer weekends when you feel like kicking back solo, here are a dozen brand-new books being released this month (reading in a breezy hammock is encouraged, but not necessary).

Emmeline Lake is volunteering in London as a telephone operator during WWII when she comes across an advertisement for a job at the London Evening Chronicle. With big dreams of becoming a female war correspondent, Emmy is disappointed to learn that her dream job still doesn’t exist and that the posting is for a typist to report to the fierce advice columnist Henrietta Bird. Determined to keep her head down and do her part on the home front, Emmy takes the job. But one day when she is tasked with trashing all the advice-seeking letters that Mrs. Bird doesn’t reply to due to their “unpleasantness,” Emmy decides to do something to help these women who are desperately in need of a supportive friend. Unable to resist responding, Emmy begins weaving her way into the lives of incredible women across the country in this delightful tale about the incredible power of kindness.

Things aren’t quite right in this small Irish town. Having recently relocated to Ireland, investigator Cormac Reilly is tasked with digging up a decades-old cold case of the seemingly accidental overdose of Hilaria Blake, mother to Jack and Maude. Simultaneously, Jack’s girlfriend Aisling Conroy is informed by authorities that Jack has been found in the black waters of the river Corrib and that the police are ruling it a suicide. Desperate to escape this awful reality, Aisling throws herself back into her studies as a surgical resident — that is, until Jack’s estranged sister Maude shows up determined to prove that her brother died of foul play. With Cormac Reilly’s investigations getting more complicated with every turn of the page, this is one dark crime-fiction thriller that’s not to be missed this summer.

Best-selling author and Pulitzer Prize-winning writer Anne Tyler returns to the literary world with a novel of one woman’s incredible transformative journey. Now 61 years old, Willa Drake is a very careful woman. Despite becoming a widow at a very early age, she has created a quiet life for herself, brought up two sons, and even remarried. Yet after receiving a startling phone call from a complete stranger, Willa decides to do something drastic — she flies across the country to look after a young woman, her nine-year-old daughter, and their dog Airplane. One of the most highly anticipated novels of the year, Tyler’s newest tale cleverly unpacks the mundane and seismic events that shape each of our lives.

<em>My Year of Rest and Relaxation</em>

Told from the perspective of an unnamed narrator, this young heroine is the definition of privileged — she’s a recent Columbia graduate, works at a trendy art gallery, and lives on the Upper East Side in an apartment that’s paid by her inheritance. She also happens to have recently lost both of her parents, is currently dating an awful Wall Street bro, and has a shocking sadomasochistic relationship with her best friend. So after seeing one of the worst psychiatrists in the world to help her sort out her mental health, the narrator begins an extended hibernation from the world, doing everything from testing out outrageous combinations of prescription drugs to successfully ducking all of her responsibilities. This bold novel is both addictively cringe-worthy and darkly funny.

Now known as one of the most inspiring historical figures of the twentieth century, 44-year-old Nelson Mandela had no idea that he would spend the next 27 years in jail as South Africa’s apartheid regime intensified its campaign against political opponents in 1962. In this stunning compilation, 255 of the letters that Mandela wrote while jailed to activists, prison authorities, government officials, and his family are being published, some for the first time ever. Detailing his unyielding advocacy work, his unique optimism despite extraordinary punishment and isolation, and the extreme love he felt for his family, this impressive collection of letters is truly inspirational.

Harry Tabor has gathered his family together in Palm Springs to prepare for the honor of being named Man of the Decade. His wife, Roma, a distinguished child psychologist, and their children — Phoebe, a successful attorney; Camille, a social anthropologist; and Simon, a high-powered lawyer — all appear to have come to support their father and husband. But as the weekend unfolds, the Tabors’ many secrets start to unveil themselves. Told from alternating perspectives, this book is a wonderful read for anyone who loved Cynthia D’Aprix Sweeney’s The Nest.

More than a century ago, Allie Rowbottom’s great-great-great-uncle bought the patent to Jell-O for just $450, cementing the family as one of the most privileged pursuers of the American dream. But despite their immense wealth, the family was also plagued by many grave events including suicides, alcoholism, and mysterious medical ailments. Having just been diagnosed with the same incurable cancer that claimed her mother’s life, Allie dives into her mother’s obsessive research on their family’s past and the “Jell-O” curse in this deeply personal familial narrative and stunning cultural commentary on capitalism and the American dream.

Pival Sengupta just booked a single ticket to travel thousands of miles from Kolkota to New York to join a tour group heading cross-country to California. But unlike the other tourists, Pival isn’t here to sightsee — she’s here to find her son. A year ago, her son Rahi told his parents he was gay and shortly after, Pival’s husband, Ram, told her that her son had died suddenly. With Ram now deceased, Pival is desperate to find the truth… even if it means going on a very unorganized tour of America with a handful of eccentric characters.

Even though we still have quite the wait until we get to watch fencing on the main stage during Toyko 2020, we’re so excited to read Ibtihaj Muhammad’s inspirational Olympic journey in this highly anticipated new memoir. Growing up in New Jersey, Ibtihaj was the only African American Muslim to wear a hijab in her town, at her school, and on her sports teams. She went on to win state championships, become a three-time All-American at Duke University, and be named one of TIME‘s 100 Most Influential People, and there was no denying that Ibtihaj was a force to be reckoned with. Yet Ibtihaj’s path was marked with opposition because of her race, religion, and gender, which makes her story all the more empowering.

During their first month at the prestigious Edwards University, Bible college transfer Will Kendall meets glamorous Phoebe Lin, and he instantly falls in love. Unfortunately, Phoebe has demons that even Will can’t wrestle away. Wracked with guilt and shame, Phoebe is drawn into a cult-like religious group on campus run by a charismatic former student. But when this secretive extremist cult bombs buildings in the name of faith and kills several people, Phoebe suddenly disappears. Now, Will is devoted to finding Phoebe, seeking answers to this horrible tragedy, and uncovering whether she is really capable of being involved in such a gruesome act.

Inspired by the author’s own life, this touching novel uncovers the unlikely friendship between seven-year-old Chula and her live-in maid Petrona during a time when drug lord Pablo Escobar captures the attention of their hometown of Bogotá. As Petrona wavers under the burden of providing for her family and pursuing her first love, Chula makes it her mission to understand her new maid’s odd behavior. A coming-of-age story at its core, this wondrous novel is a commentary on violence, friendship, and impossible choices.

With a successful career, a chic Manhattan apartment, and a marriage proposal in the works, Hannah is about to make her dream life a reality. But then the unthinkable happens — on a romantic trip to Sonoma, Hannah is offered a marketing gig at a family-run winery… and she accepts! Now perched in a picturesque cottage overlooking a vineyard with new exciting friends and a blooming love interest, Hannah is on a mission to rescue the failing winery in this lighthearted read about having the courage to follow a new path.
Ashley Macey
Ashley Macey is a lifestyle freelance writer who loves all things fitness, wellness, and creativity. When she's not exploring her home in the Pacific Northwest with her dog Max, you'll probably find her curled up with a good book and some hot tea. Follow her daily jaunts on Twitter.
Books
Creativity
Books Goods
More From Creativity