Love, Loss and What I Read: The 3 Books You *Need* to Read This Week 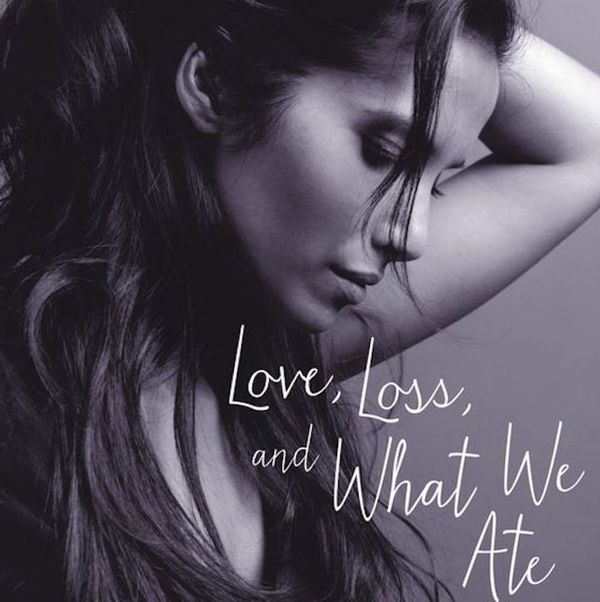 The appeal in sinking past the surface and finding out what’s underneath is strong and real. Intimate details and soul-searching confessions scratch that “need to know” itch. A carefully crafted disclosure, however, can also show us how an identity, and even a legend, can be constructed. This week’s books are all about the kind of discovery that comes from writing your own story. Read on for a spicy memoir from the famous host of Top Chef, a closer look into the life of the author to one of the most beloved children’s book series of all time and an explosive novel about female filmmakers and friendship.

1. Love, Loss, and What We Ate: A Memoir by Padma Lakshmi ($16): We all love Nora Ephron, and we all love food. (You could say you don’t, but you’d probably be lying.) In Ephron’s vein of witty, no-holds-barred confessional writing (like her script to Love, Loss, and What I Wore) comes a new book by Padma Lakshmi: Love, Loss, and What We Ate. Padma Lakshmi never quite felt at home in the world, constantly travelling from one place to another. She soon realized, however, that food was not only a great uniter of people, but the key to feeling most at home. Love, Loss, and What We Ate is Lakshmi’s ode to food, the strong women of her family and her unexpected journey from savoring her grandmother’s cooking in South India to critiquing the efforts of reality show hopefuls in Top Chef (where she still “eats everything”). In her unflinching memoir, Lakshmi chronicles her life as a model, cookbook writer and TV personality, her struggle with and work raising awareness about endometriosis and her doomed relationship with Salman Rushdie, her “fellow wanderer.” She focuses on the changing periods in her life and how they relate to her philosophy on food: Different people need different things (and different diets) at different times. Lakshmi’s writing is rich and decadent, and, like in Ephron’s iconic When Harry Met Sally, you’ll want to have what she’s having.

2. The Selected Letters of Laura Ingalls Wilder by William Anderson and Laura Ingalls Wilder ($17): Whether you read the Little House on the Prairie book series as a kid or watched Melissa Gilbert’s star turn in the TV show, you’re probably familiar with Laura Ingalls Wilder’s inspiring tales of a childhood spent as part of a settler’s family. These iconic stories tell of Wilder’s perseverance when faced with hard work, danger or the potential loss of her family’s crops and livelihood. Less well-known is her life as an adult. William Anderson has been writing about Wilder and Little House for over 20 years, and in The Selected Letters of Laura Ingalls Wilder, he’s collected and presented her essential correspondence for the first time. These letters form a nuanced record of over 60 years of Wilder’s life, detailing her personal relationships, writer’s philosophy and business dealings. It’s the adult sequel that you didn’t know existed to those childhood stories, including letters to her editor, Ursula Nordstrom, and daughter, writer Rose Wilder Lane. “One simply gets satiated with beauty,” Wilder writes; this beautiful collection should also satisfy your curiosity about everything else.

3. Innocents and Others by Dana Spiotta ($17): “What a mystery the way things act on us, like secret messages just to you as you sit in the dark.” We go from the unvarnished truth of Wilder’s letters to the secret messages of Dana Spiotta’s new novel, Innocents and Others. Spiotta follows two friends who are alike in ambition and passion but different in every other possible way, from their sex lives to the types of films they create. After getting major praise for her last novel, Stone Arabia, Spiotta takes us from the strange and wonderful world of 1980s Los Angeles to the ugly Internet comment boards of today, in telling the story of Meadow and Carrie: two filmmakers, long-time friends and potential rivals. While they’re close friends in high school, their choices bring them to very different places. Meadow claims to have had a post-high school affair with a famous director, drops out of school and makes experimental documentaries. Carrie takes the conventional route in school, marriage and art, directing comedies. But things take a turn when Jelly comes into their lives. She’s an intriguing older woman who cold-calls and seduces men over the phone in an unusual way: she listens.

Like one of Meadow’s hard-hitting documentaries, the unusually structured novel features quick cuts to all manner of monologues, vignettes, essays and commentary. Also, like a documentary, you’re never sure exactly what’s true, and what’s been creatively edited. “I don’t think of it as lying,” Spiotta writes. “I think of it as a little story I told about me, or what people want to think of me… It is much better as a lie.”

What books get under your skin? Tag us on your next deep read @BritandCo