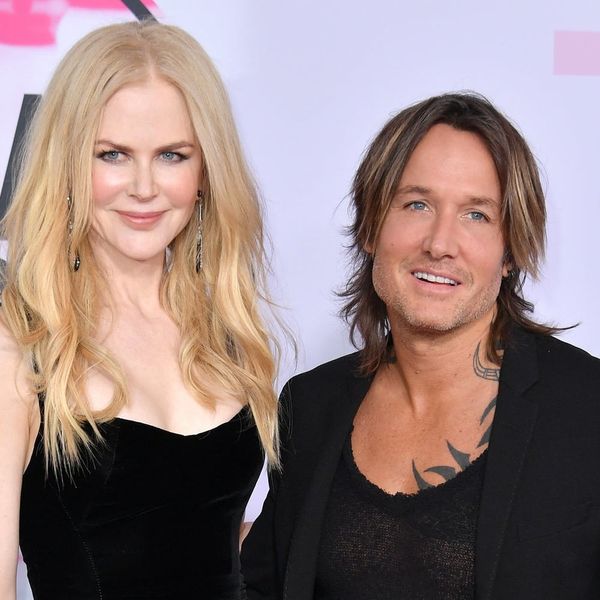 New year, new memes — just ask Nicole Kidman! The Aussie star, who was famously dragged over her clapping style at last year’s Oscars, was not out to relive the past last night when Andy Cohen brought up the incident during CNN’s New Year’s Eve live broadcast.

“You gave Nicole the advice, at I think the Oscars, to clap with her hands like this, so she wouldn’t damage her jewelry,” Cohen, 49, said to Kidman’s husband, Keith Urban. “Did you expect, like that became such a meme, everybody was talking about it. Did you ever expect that that would become such a thing?”

Watch @NicoleKidman cast some well-deserved shade at @Andy Cohen after he asks her a seriously questionable question on live television #CNNNYE pic.twitter.com/ZA3KfZNhG7

Co-host Anderson Cooper replied, “I agree with that,” to which the Housewives guru conceded, “I agree too.”

The Big Little Lies star’s hubby then appeared to lose his signal, laughing and saying, “I can’t hear anything!” The twosome signed off, with the Watch What Happens Live With Andy Cohen star saying, “I think she just shaded me a little bit!”

“I guess she’s not coming on my show!” Cohen lamented.

The Oscar winner originally explained her “awkward” clap in a radio interview with Kyle and Jackie O., saying, “It was really awkward! And I was like, ‘Gosh, I want to clap. I don’t want to not be clapping, which would be worse, but it was really difficult, because I had a HUGE ring on that was not my own, and I was terrified of damaging it!”

Take it from her and Keith — best to look to the future than worry about the past!

Do you think Andy deserved that “shade”? Share with us over @BritandCo.

Nicole Briese
Nicole is the weekend editor for Brit + Co who loves bringing you all the latest buzz. When she's not busy typing away into the wee hours, you can usually find her canoodling with her fur babies, rooting around in a bookstore, or rocking out at a concert of some sort (Guns N' Roses forever!). Check out all her latest musings and past work at nicolebjean.com.
Celebrities
Celebrity News
Celebrities Controversy NYE
More From Celebrity News