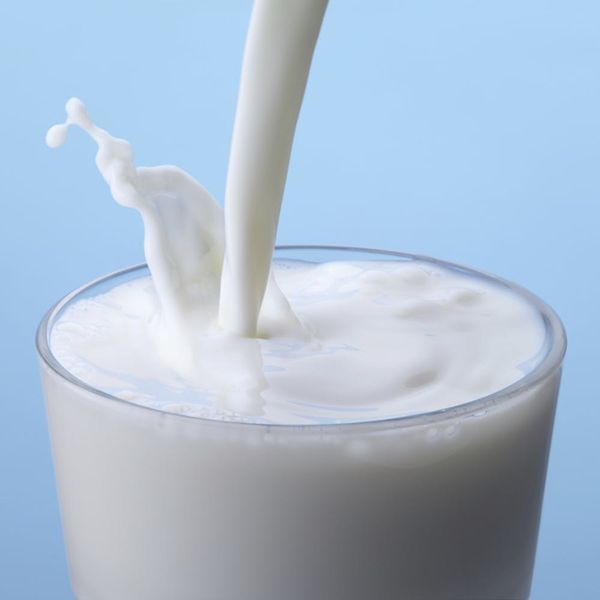 Can’t sleep? You’ve probably heard that a glass of milk before bed will help you doze off. There’s something comforting in the age-old practice, whether it’s a mom feeding her new baby before putting him or her down for the night or just the act of heating up a glass of milk in a saucepan. And it’s not an old wives’ tale either: Milk is actually full of tryptophan, which is that food-coma-inducing ingredient found in turkey that makes people want to take a nap.

Liz Lemon might actually have been on to something when she was working on her night cheese in that one episode of 30 Rock, because a new study from South Korea recently published in the Journal of Medicinal Food found that drinking milk at nighttime is especially efficient putting us to sleep. “Night milk,” as it’s being called, raises levels of tryptophan + melatonin more than milk consumed at any other time. Melatonin is a hormone your body naturally produces that makes you know it’s time to dim the lights and go to bed.

Scientists found that mice, when fed night milk, showed more signs of sedation than when fed “day milk” — it also lowered anxiety behavior (drink night milk and chill?). In the mice, the effects of night milk were comparable to those of diazepam, better known as Valium.

Do you drink milk before bed? Tweet us you replies @BritandCo!

Kimberly Wang
Kimberly Wang writes about all things pop culture, tech, style, and beauty. She's a Bay Area transplant and has an MFA in Creative Writing from Columbia University. On a sunny New York day, you can find her hanging out with her mini schnauzer Isabelle Jellybean on a blanket in Central Park.
Science
Health
Science Study