Nike Re-Releases Shoes That Will Match Your iPhone Case 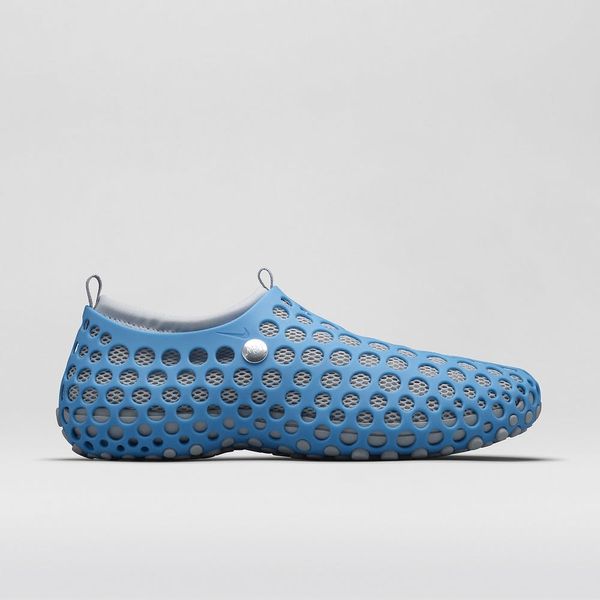 We’ve all got that one sneaker head friend. (If you’re that friend, it’s cool, no shame.) Whether they stock up on the latest Free Runs or they’re all about collecting Air Force Ones and Jordans, what happened last week, likely had them standing in line. Nike Labs and Marc Newson re-released his 2004 Nike Zcevdochka, a decade after their first unveiling.

With Newson recently joining Apple’s design team, we can’t help but notice the uncanny resemblance to the iPhone 5Cphone cases. You know, the one with the holes on the back?

The shoe’s injection-molded TPU outer cage is extremely light yet durable, and the shoe is lined with a breathable mesh that provides further comfort and ventilation. Interested in having the cage match the kicks? This blast from the past is going to set you back $300. (Yup, that’s how much these babies cost.)

Newson says he got his inspiration from the astronaut suits he saw at the Russian Space Institute. That’s also how he ended up naming his shoe; Zvezdochka is the name of the Russian dog that was sent into space in 1961. The kicks are definitely eye-catching and there’s no doubt he was ahead of his time back when they were released the first time.

Would you lay down $300 for these astronaut-inspired kicks? What are your thoughts? Let us know in the comments below!

Stephanie Chon
As a spoken word fanatic, Stephanie enjoys journaling about her day using imperfect rhymes. In her free time, she likes to dance, watch random episodes of How I Met Your Mother and play her ukulele.
Apple
Tech
Apple Shoes sneakers