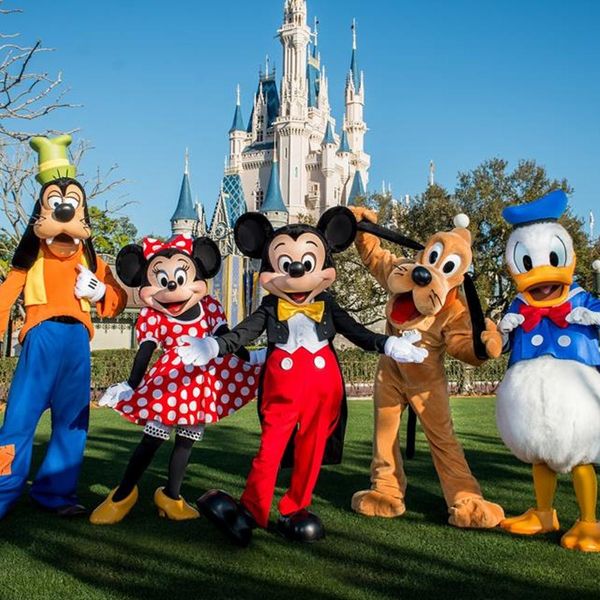 If your #VacationGoals include traveling to ALL six Disney parks around the world, then you’ll find your lucky self visiting Shanghai Disneyland as well as (half price) Disneyland Paris. And if these are your dream destinations, then chances are you’ve already taken a trip or two to Disney World itself. But, while on those trips, did you ever happen to notice something a little out of place, something not quite right, even something totally obscene? Because plenty of others have, and now (finally) Disney has noticed themselves.

If you’ve ever enjoyed Disney World’s “Rock ‘n’ Roller Coaster Starring Aerosmith,” surely you’ve found yourself saying, “Oh my, isn’t this fun? Isn’t this magical? Isn’t this a memory in the making? WTF DID STEVEN TYLER JUST FLASH AT ME?!!!” That’s right, for over 15 years (15 YEARS!), footage of the famous band greeted fans in a pre-recorded set-up, and plenty of visitors noticed a certain something that apparently Disney didn’t know about. Until now.

If you check out current footage, nothing will look amiss, but if you’ve taken a ride during the past, you’ll know very well that when Steven Tyler raises his hand to shield his eyes from the bright lights, he was, um, flashing a rather obscene gesture that really wasn’t aligning with the family park’s vibe.

Over a decade and a half later, Disney has finally noticed and altered the gesture that offended some visitors. And honestly, you can’t blame them. No one wants to see that while wearing Mickey ears.

Did you know about this sneaky obscene gesture? Tweet us @BritandCo!