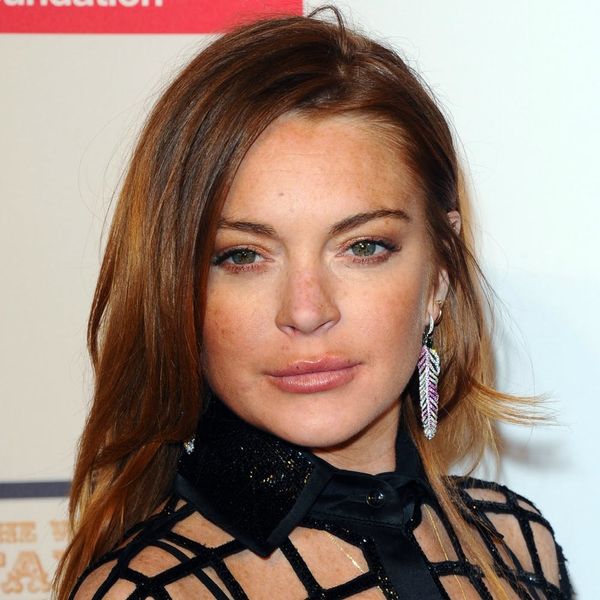 It hasn’t exactly been the easiest of years for our favorite Mean Girl, Lindsay Lohan. Making headlines over relationship troubles and social media faux pas, girl has had a rough go of it.

Today just may have been the roughest of all, however, as the actress was involved in a super scary boating accident that left her with half a finger (!!!!!).

According to TMZ, Lindsay was enjoying a little R&R on a boat near Turkey when she fell into the water after becoming entangled in an anchor she was attempting to pull up.

While she (very thankfully!) managed to free herself from the anchor, it hit the tip of her ring finger in the process, completely severing it from her hand. (We’re feeling a little green in the gills, so excuse us while we regain our composure.) The good news is that she was able to find the missing piece of her limb, and after being rushed to the ER, a plastic surgeon was able to re-attach it.

While we’re prettttttyyy sure (read: positive) we would’ve been absolutely HYSTERICAL to find ourselves in such a situation, Lindsay was cool as a cucumber, as can be heard in the video below.

“This is the result of me trying to anchor the boat by myself,” she says with a laugh (or maybe a cry?). “My poor finger.”

She also shared the news with fans via Snapchat and Twitter, suggesting that she’s taking the whole thing in stride.

Talk about a tough woman! We, for one, are just super glad that she’s okay and still around to tell the tale.

Are you shocked by Lindsay’s scary sitch? Share @BritandCo!