2018 Contenders (So Far) for the Oscars’ New Popular Film Category 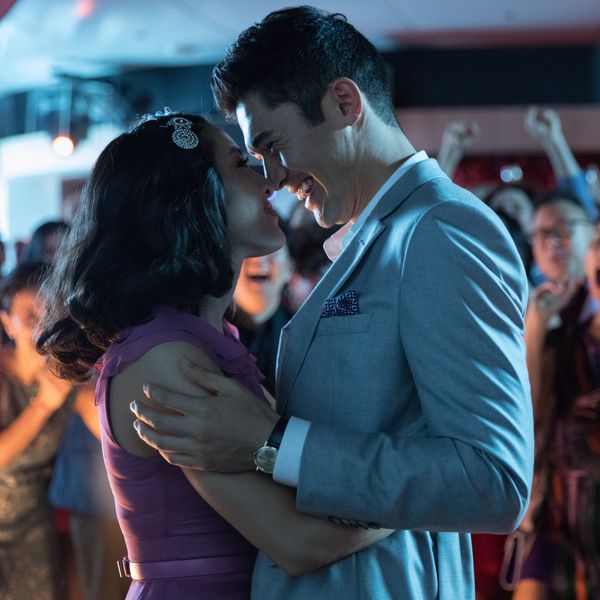 On Wednesday, August 8, the Academy of Motion Picture Arts and Sciences announced some changes that would be implemented at the 2019 Oscars and onward — most notably, that there would be a new category for achievement in popular film, which should open the door for undeniably successful movies that aren't traditionally part of the Oscars conversation. Of course, just because something is popular doesn't mean it's not good, and while making a new, totally separate category isn't necessarily the best solution for recognizing these titles, it's at least a way of celebrating some additional deserving movies — and maybe making things a little more interesting. Here are some of the most probable contenders for the inaugural Oscar for achievement in popular film. (Photos via Walt Disney Studios/Marvel Studios + Sanja Bucko/Warner Bros. Pictures + Chuck Zlotnick/Marvel Studios + Jonny Cournoyer/Paramount Pictures)
Black Panther: This one's a no-brainer. The only way it doesn't get a nod in the Popular Film category is if it's nominated instead for Best Picture (which it deserves). We're keeping our fingers crossed for a Best Supporting Actor nod for Michael B. Jordan, too. (Photo via Walt Disney Studios/Marvel Studios)
Avengers: Infinity War: Marvel's massive crossover event feature seems like a shoe-in for the Oscars' new category. Not only was it a certifiable box-office hit, but it was breathtaking and heartbreaking to boot, wowing critics as well as fans. (Photo via Chuck Zlotnick/Marvel Studios)
A Quiet Place: As with Black Panther, it's possible that John Krasinski's sleeper-hit horror pic could makes its way into the Best Picture category, but its off-kilter inventiveness might keep it from sneaking through Oscar voters' old-school views. The word-of-mouth phenomenon was a surprise critical and commercial hit, though, and if it doesn't earn a nod for the top award, it's more than likely to show up in the new category. (Photo via Jonny Cournoyer/Paramount Pictures)
Mission: Impossible - Fallout: The Mission: Impossible motto at this point has to be, "If it ain't broke, don't fix it." The beloved espionage action franchise is now six installments deep into big-budget, death-defying, jaw-dropping stunts, and the latest movie proves that there's still plenty of gas left in the tank. In a year of some pretty impressive blockbusters, MI6 stands out as one of the best and best received. (Photo via Paramount Pictures)
Incredibles 2: Though it's already a front-runner for Best Animated Feature at the Oscars, the long-awaited sequel exceeded critical expectations and broke just about every box office record for an animated flick. It's likely we'll see it get a popular nod as well. (Photo via Disney-Pixar)
Crazy Rich Asians: With any luck, the highly hyped and historic Crazy Rich Asians (and its outstanding cast) will make its way into some other categories at the 2019 Oscars, too, but the likelihood of it getting a Popular Film nomination is pretty good. (Photo via Sanja Bucko/Warner Bros. Pictures)
Jurassic World: Fallen Kingdom: Although the recent Jurassic World films aren't critical darlings, the beloved franchise still makes bank at the box office, and Fallen Kingdom seems likely to be in consideration for a popularity prize. (Photo via Giles Keyte/Universal Studios)
Mamma Mia! Here We Go Again: The stars of Mamma Mia! and its follow-up, this summer's 10-years-in-the-making sequel Here We Go Again, are no strangers to the Oscars. And while this film doesn't feel like a traditional Best Picture fit, audiences and critics alike were (mostly) delighted by it, making it a likely contender for the new Popular Film category. (Photo via Jonathan Prime/Universal Studios)
Deadpool 2: The thought of hearing the words "dead" and "pool" at the Oscars is kind of straight-up hilarious, but to a world of moviegoers outside of Hollywood's elite, giving the wildly popular film a prestigious award seems like an easy choice. (Photo via Joe Lederer/Twentieth Century Fox)
Nicole Villeneuve
Nicole is an entertainment and lifestyle writer covering pop culture, news, and cool women doing cool things. She likes yard sales, MTV's Teen Mom, and putting too many memes in the group chat. She lives in Toronto.
Awards Shows
Movies
Awards Shows Movies Oscars