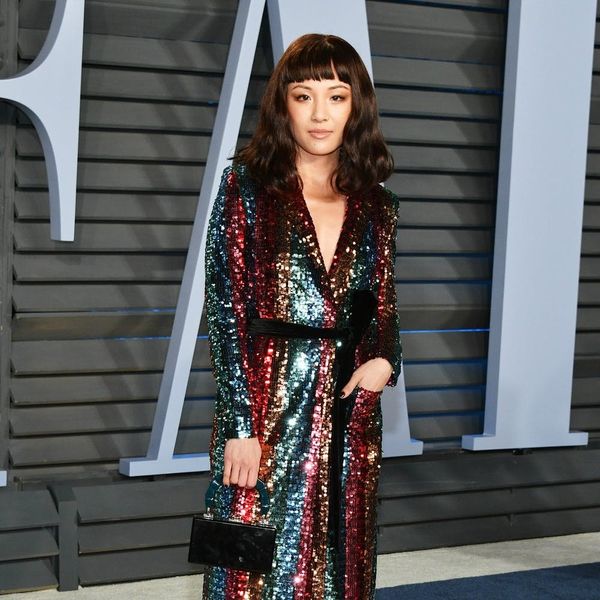 After the success of his 2013 novel Crazy Rich Asians, author Kevin Kwan had a choice to make: Option his book into a movie destined for the big screen or send it to Netflix. Although the Netflix offer was huge, Kwan opted for a wide release Hollywood movie hoping that the likely lower payday would mean better representation of Asians in movies.

On August 15th, his decision will change history with the film adaptation of Crazy Rich Asians getting a wide release — making it the first Asian-driven romantic comedy to get the Hollywood treatment and be only the second Asian-led American-produced film in 25 years.

Back in 1993, Amy Tan’s novel The Joy Luck Club was released as a major Hollywood drama with an all-Asian and Asian-American ensemble cast. The movie had critical and box office success, but producers never made another Asian-led movie again. While stars like Ming-Na Wen and Lauren Tom went on to small screen success (on ER and Friends respectively, plus their countless voice-over roles), Hollywood has largely held off on making movies starring Asian actors, relegating Asian-American actors to bit parts.

Constance Wu, who plays the lead character, Rachel Chu, in Crazy Rich Asians and has had small-screen success with her ABC show Fresh Off The Boat, reminded fans that the movie in and of itself is a watershed for Asian-Americans in a heartfelt statement ahead of the movie’s release.

“CRA is the first Hollywood Studio film in over 25 years to center an Asian American’s story,” Wu wrote at the end of July. “Before CRA, I hadn’t even done a tiny part in a studio film…I never dreamed I would get to star in one…because I had never seen that happen to someone who looked like me. CRA is changing that, just like FOTB [Fresh Off The Boat] did. CRA not only centers an Asian American story, it is also filled with a talented, dynamic, unique all-Asian cast.”

She continues: “My friend Ava DuVernay says, ‘I work in an industry that really has no regard for my voice and the voice of people like me and so, what do I do? Keep knocking on that door or build your own house?’ My dear Asian-American friends, we are building our own damn houses. We got the tools, the ability and we definitely got the style… I hope Asian-American kids watch CRA and realize that they can be the heroes of their own stories.”

And while the movie’s release is no doubt being hotly anticipated by Asian-American audiences starved for big-screen representation, the film’s producers see the wider appeal in the story, and that’s where the payoff will come for Kwan and the movie’s stars.

“I really believe it will work on a broad basis,” production president Courtenay Valenti told The Hollywood Reporter. “It’s a story with rich themes about identity and culture and where do you belong, which are so universal, especially in terms of the conversation that’s resonant today worldwide.”

With movies like Girls Trip, Black Panther, and Wonder Woman proving that Hollywood’s comfort zone has stifled both the box office sales and representation, Crazy Rich Asians is proving that taking a chance on something new can only be a good thing.

“We can sugarcoat it all we want, but the moment you bring up an Asian-led movie, there’s one example to point to, and that’ll be us,” director, Jon M. Chu, told THR. “To be on the biggest stage with the biggest stakes, that’s what we asked for.”

Will you check out Crazy Rich Asians this month? Tell us @BritandCo!

Kat Armstrong
Kat has been a writer, social media maven and mom for longer than she's willing to admit. She's also spent time in front of and behind the camera, interviewing celebs, politicians and acting as a producer for fashion and artistic photography shoots. When she isn't writing for various orgs and publications, she's hanging with her kids, husband and French Bulldog, Peter, in Toronto, Canada.
Inclusivity
Diversity
Inclusivity Movies
More From Diversity