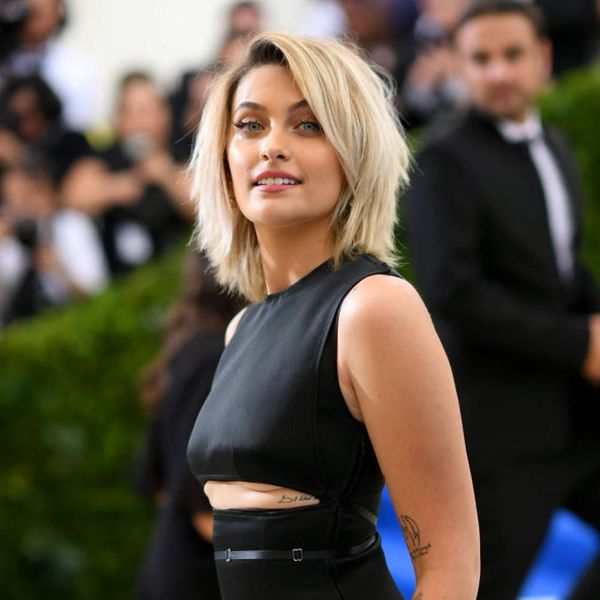 Another day, another Paris Jackson tattoo sighting. The daughter of Michael Jackson shared a topless tree-hugging photo on Instagram that shows off one of her many quirky tatts — this time stamped on her sideboob.

In the pic, Jackson is literally embracing a tree, revealing a little alien head inked on her side. Done in a minimalistic line-drawing style, it’s in stark contrast to some of the other colorful and intricate pieces the 19-year-old has. She simply captioned the image with a “1” emoji.

Commenting has been disabled on Jackson’s account, but judging by the 105K likes the pic has gleaned, we’d imagine fans are silently going gaga over the out-of-this-world ink.

Have you gotten a tattoo in an unconventional area? Tweet us about it @BritandCo!