5 Wearables That Remember Your Passwords for You 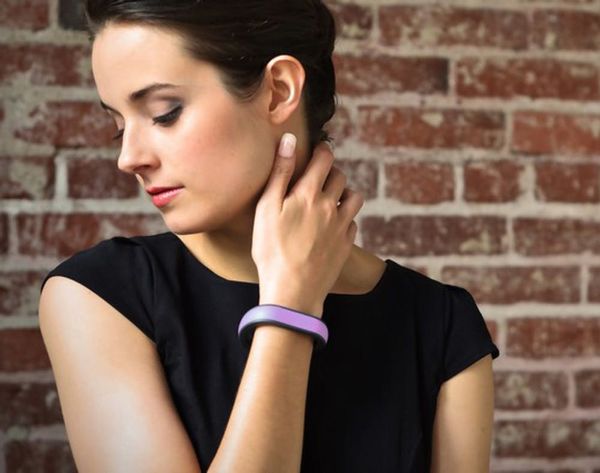 When it comes to online security, the more creative your password, the better. But that also makes it harder to remember. That’s where online services like LogmeOnce and LastPass come in. They’re there to do the remembering for you. And while they may be useful time-savers, they aren’t without limitations. Like when you’re using a friend’s computer and can’t remember the password to your favorite password manager (oh the irony!).

1. Nymi ($79): Nymi is a biometric wristband that relies on your unique cardiac rhythm to authenticate your identity. It sounds impressive, because it is. The device works by scanning your heartbeat, and then sends that data to a Nymi-compatible app to verify that you are who you say you are. With Nymi, there’s no more worrying about losing passwords or hacked accounts, because you’re carrying your identity on your wrist. And let’s face it, not unlike a fingerprint, a heartbeat is something you can’t forge. In addition to replacing passwords, this wearable could be used for everything from unlocking your car to authenticating transactions.

2. Everykey: It may look like just another band, but Everykey comes with several impressive features that are bound to make even the most paranoid feel secure about their passwords. The device, which was recently launched on Kickstarter (pledge $50 to get your own!), aims to replace keys and passwords. It could be used to unlock doors, cars and controlled access areas. When it comes to surfing, Everykey not only remembers passwords the first time you log in so it can automatically log you in on future visits, but it can be used to generate secure, encrypted passwords. This device is similar to the Nymi band except that it doesn’t rely on biometric data for authentication. And don’t worry. None of your passwords are stored on the wearable.

3. Portable SIM: And you thought the only use for a SIM card was to power your smartphone. The Portable SIM uses Bluetooth and NFC technology to serve as a standalone activation device. This means it can store passwords for a range of websites, eliminating any fuss when logging in. The SIM could also be used to switch identities, making it easy, for example, to change a personal tablet to a shared device. Currently it’s a small box-like device you’d carry with you, but Docomo, the creators of the device, plans to shrink it so it fits in a wearable wristband.

4. NFC Ring ($50-$60): You’d be forgiven for thinking the NFC ring is just another ring. But this sleek wearable is so much more than a fashion accessory. Using near field communication, the ring can be used to unlock an NFC-compatible smartphone or tablet. That means instead of relying on passwords to keep your mobile devices safe, you can use this stylish, low-maintenance ring. It could also be used to unlock an NFC-enabled door, which may come in handy if you have such a door (not too sure too many people do). Until more devices with NFC functionality hit the market, we’ll have to settle for unlocking our phones. But even that’s exciting if it means one less password to remember.

5. GEAK Ring: The GEAK Ring also relies on near field communication for unlocking smartphones and tablets. To automatically unlock any compatible mobile device, all you need to do is hold it in the hand you’re wearing the ring on. GEAK Ring will do the rest. Similar to the NFC Ring, this wearable can also be used to transfer information to other devices. While it won’t open doors for you, it will make it easy to bypass your mobile device’s passcode screen for some hassle-free screen time. So far, the GEAK ring is only available to consumers in China, but keep your ear to the ground for more word on this emerging technology.

Know of any other wearables that help you with your passwords? Let us know in the comments below!

Nicole Hyman
A closet foodie, trend-spotting geek and writer, Nicole can be found at the intersection of tech and daily life. When not on the lookout for the latest tech to make life that much easier, she equips entrepreneurs with the skills they need to survive in the digital world. Offline she has been known to indulge in homemade gnocchi.
Kickstarter
Tech
Kickstarter