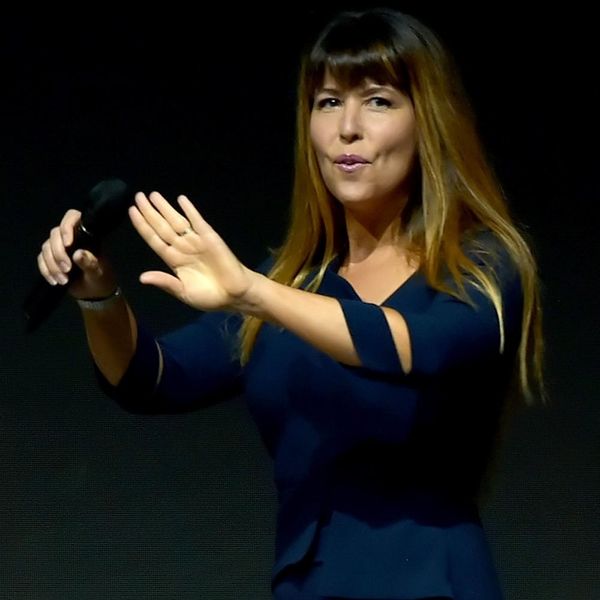 This year’s Comic-Con brought both highs (hello, new Doctor Who) and lows (goodbye, Rick Grimes), as well as updates on upcoming releases like the highly anticipated Wonder Woman sequel. Director Patty Jenkins sat down for a panel with stars Gal Gadot and Chris Pine on Saturday, July 21, to talk about the film.

Our first look at Wonder Woman 1984 back in June came with a surprise: the return of Steve Trevor. Although Chris Pine’s character (SPOILER!) seemingly died at the end of the first film, it appears as if he might be alive in the sequel. Naturally, people had questions — but Pine kept his lips sealed at Comic-Con.

Jenkins offered a little tease, though, telling the audience, “It’s something I’m super excited for everybody to see. [Chris] is a very important part of our movie.”

She also talked about the time jump in the film and why she chose to set the story 70 years after the events of the first movie. “One of my favorite things about making the original was that it took place during World War I in 1917, an era full of metaphors like modernity and the mechanized world. I grew up in the ’80s, and this has its own look and feel,” she said.

“The reason I am excited is it showed mankind at its best and worst,” she continued. “It was grand and wonderful, there was great music and there were elegant and beautiful things. But other things about the decade revealed the worst of us. To have Wonder Woman in that period of time that was us at our most extreme, is wonderful.”

The director also explained, “The thing that mattered to me the most is, I wanted to make great movies in my lifetime. And I found myself saying I have these characters I love and this world that I love and we can make a movie about something completely new, pure and strong and as unique as the first one. Of course I want to do that.”

Wonder Woman 1984, which also stars Kristen Wiig as the villain Cheetah, will fly into theaters on November 1, 2019.

Are you excited to see Wonder Woman in the ’80s? Let us know @BritandCo!