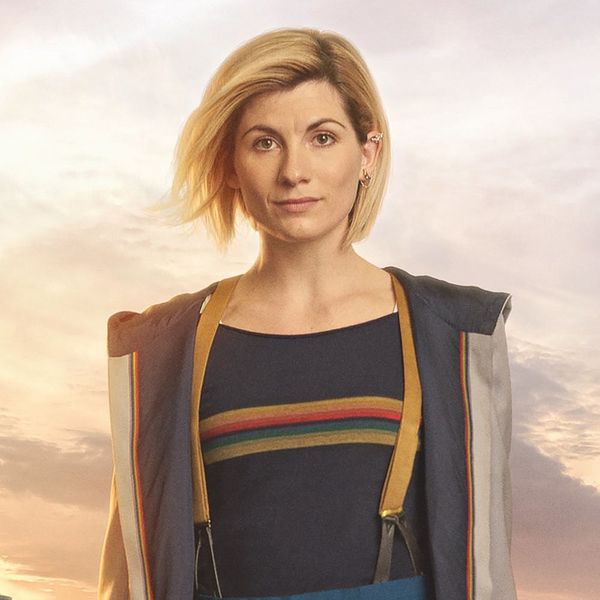 San Diego Comic-Con 2018 has a lot of exciting panels, reunions, and sneak peeks in store for fans — including a new trailer showing Jodie Whittaker as the first female Doctor Who.

“All of this is new to me,” the doctor says in the highly anticipated trailer. “New faces, new worlds, new times. So if I asked really, really nicely, would you be my new best friends?” We can only assume she’s talking to Mandip Gill, who plays Yasmin Khan, and Tosin Cole, who will appear on the long-running show as Ryan Sinclair.

As she talks, scenes of her time-traveling adventures flash across the screen, followed by a title card with the words: “The universe is calling.” Then Whittaker appears again, quipping brightly, “Right, this is going to be fun.”

While we don’t know many details about the upcoming season, Entertainment Weekly reports that showrunner Chris Chibnall told the crowd at Comic-Con that Doctor Who and her companions will be facing “a lot of new monsters.”

Whittaker also showed off the doctor’s new sonic screwdriver. “There’s a very specific way the Doctor comes by this sonic screwdriver,” Chibnall said. “It’s made out of some interesting components that you’ll find out about in episode one.”

Whittaker’s groundbreaking casting was announced back in July 2017. Although most fans were excited by the news, there was some backlash from people who didn’t want to see a woman in the iconic role. Whittaker responded by telling the BBC, “I want to tell the fans not to be scared by my gender. Because this is a really exciting time.”

Outgoing Doctor Peter Capaldi threw his support behind Whittaker, saying, “Anyone who has seen Jodie Whittaker’s work will know that she is a wonderful actress of great individuality and charm. She has above all the huge heart to play this most special part. She’s going to be a fantastic Doctor.”

The new season of Doctor Who premieres on BBC America this fall.

What do you think about the first female Doctor Who? Let us know @BritandCo!