People Think Zayn Malik Got *This* Tattoo for Gigi Hadid 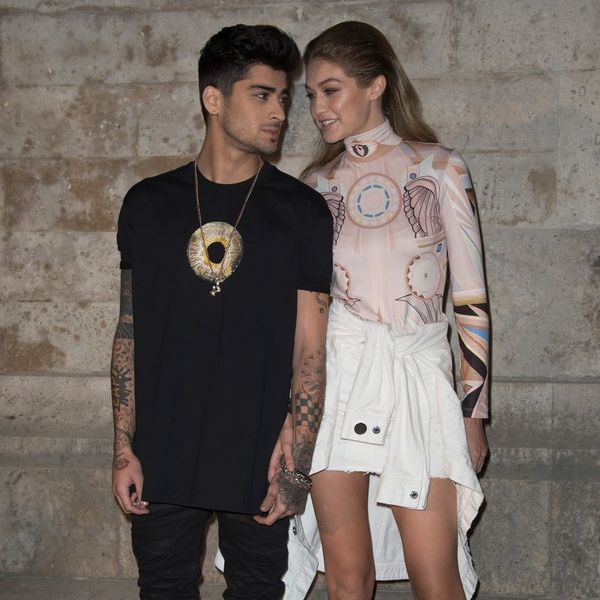 While we’re all for tattoos — we’re living for this awesome tat update Evan Rachel Wood just copped. But getting a tat for your significant other can be a risky, risky business: Just ask Kaley Cuoco.

Kylie Jenner apparently didn’t get the memo, as she inked herself with a tiny “T” earlier this month. Now, another celeb may be jumping on the significant other tattoo bandwagon — kind of.

Seen strolling around NYC, Zayn Malik was spotted with a new, rather sentimental tattoo — the word “love” scrawled in cursive across his knuckles. While it’s obviously a general term that could apply to anything — we saw lots of non-romantic love at yesterday’s marches, for instance! — the fact that the news comes on the heels of engagement rumors between the two has people guessing if it couldn’t, quite possibly, be meant for his lady love.

It wouldn’t be the first time Zayn has worn his heart on his ink: He actually had an arm tattoo in ex-fiancé Perrie Edwards’ likeness removed in August of last year.

It seems like if this one IS an ode to Gig, Zayn’s learned his lesson about making his romantic ink so *specific.* In the event that anything should ever happen between them, this tattoo is so general, removal likely won’t be necessary.

While we certainly hope that won’t be the case, we think that it’s a smart move, considering that the pair has already broken up once before (for like, two days, but still). Just sayin…

Do you think Zayn’s tat is an ode to Gigi? Sound off over @BritandCo.

Nicole Briese
Nicole is the weekend editor for Brit + Co who loves bringing you all the latest buzz. When she's not busy typing away into the wee hours, you can usually find her canoodling with her fur babies, rooting around in a bookstore, or rocking out at a concert of some sort (Guns N' Roses forever!). Check out all her latest musings and past work at nicolebjean.com.
Celebrity Couples
Celebrity News
Celebrity Couples love Tattoos
More From Celebrity News