The Internet Is Divided on the New Pepsi Salted Caramel 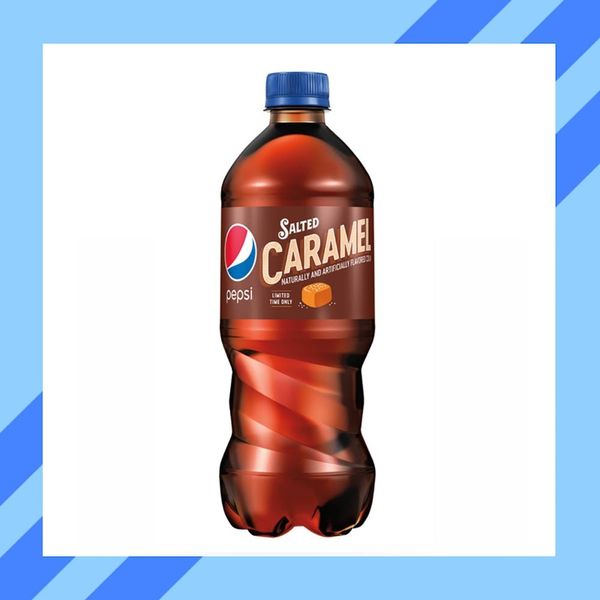 Earlier this year, Pepsi had its loyal fans up in arms when it unleashed upon the world a hybrid of flavors unlike we’d ever seen before: Pepsi Fire. Adding a cinnamon taste to its regular flavor, the drink gave the OG flavor a “spicy twist” for summer. Now, the soda company is launching its newest spin on the old classic with a brand new flavor for fall. Meet Pepsi Salted Caramel.

That’s right! The same essence Starbucks pairs with mocha to bring you one of its beloved fall treats is now being paired with the fizzy goodness of Pepsi for what is sure to be a tasting experience.

Pepsi described the drink to TODAY as having “the refreshing taste of cola with a delicious caramel finish.” As Chad Stubbs, vice president of Pepsi’s marketing team, told the outlet via email, “Salted caramel is a popular flavor that consumers are looking for — and [are] delighted to find — especially during the holidays.”

While we’ve yet to get our hands on the just-released bottle, the TODAY crew described it as having a minimal but sweet aftertaste. Thus far, customer reactions have been mixed, with some super into the new combo, and others… not so much.

BTW, this Pepsi Salted Caramel…. is the SHIT. Lol pic.twitter.com/lAA2NNP10v

Salted Caramel Pepsi is a win 🤤

Don’t get the salted caramel Pepsi

So the Salted Caramel Pepsi is really good! I really like it! It tastes like caramel too!

I love salted caramel and don't mind Pepsi, but this combo just made me retch a bit.

So Salted Caramel Pepsi is a thing now…

Let's just hope it's better than the Cinnamon Pepsi.
(Spoilers: it is.)

Why would anyone want to drink Salted Caramel Pepsi? 😷

Why is Salted Caramel Pepsi a thing? What does it taste like? Who thought it would be a good idea?

I can't go to sleep knowing that Salted Caramel Pepsi is out there.

What are your thoughts on salted caramel Pepsi? Share with us @BritandCo.

Nicole Briese
Nicole is the weekend editor for Brit + Co who loves bringing you all the latest buzz. When she's not busy typing away into the wee hours, you can usually find her canoodling with her fur babies, rooting around in a bookstore, or rocking out at a concert of some sort (Guns N' Roses forever!). Check out all her latest musings and past work at nicolebjean.com.
Controversy
Food News
Controversy Drink
The Conversation
Reviews:
More From Food News