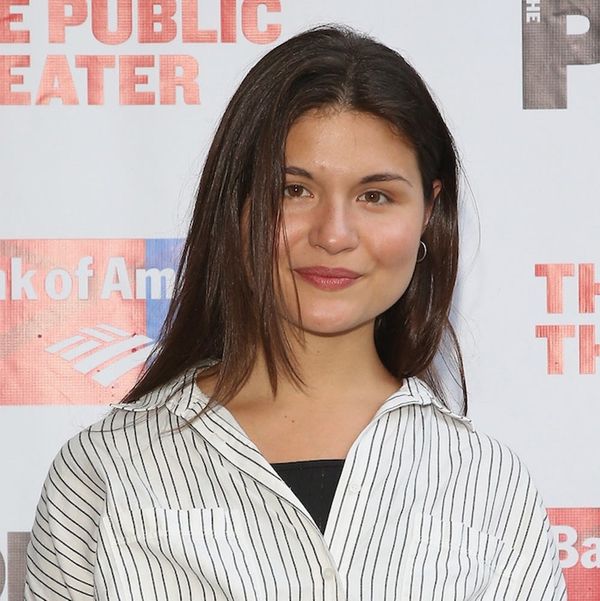 At last night’s Grammy Awards, everyone was waiting on Lady Gaga’s David Bowie tribute, with many assuming, correctly, that it would be a highlight of the evening. But the Hamilton cast’s performance stole a little bit of everyone’s thunder last night with an energetic performance of “Alexander Hamilton,” which we got to see live via satellite from the Richard Rodgers Theatre in New York (and which is the closest most of us will likely ever get to the insanely in demand show). Moments later, and not likely surprising anyone, it won Best Musical Theatre Album. The celebrations for one cast member started earlier in the weekend though, as the production’s leading female, Phillipa Soo, announced her engagement to actor Steven Pasquale with a photo of the beautiful ring.

The unconventional beauty of a ring was flaunted wrapped around a takeout container of spicy noodles. “Oh just some spicy Chinese noodles with my bride to be,” Steven’s Instagram caption wrote, while Phillipa also referenced the noodles, saying “In love with this man. I will enjoy spicy noodle soup with him for the rest of my days.” They have an inside noodle thing! Adorable.

(Photos via @phillipasoo and Robin Marchant/Getty)