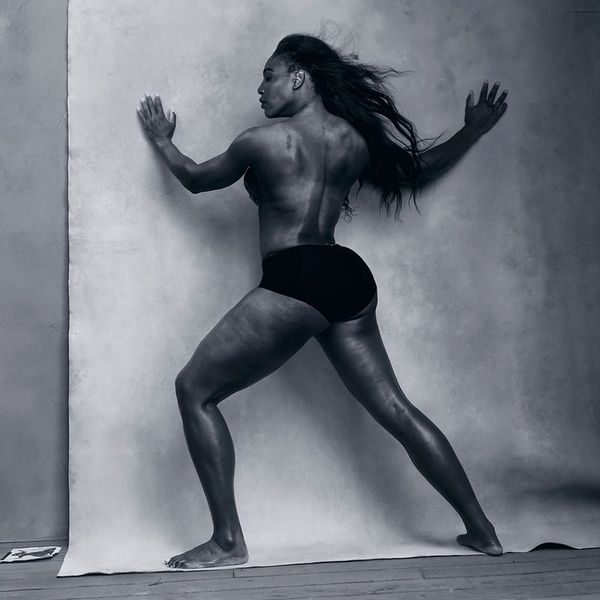 Since its birth in 1964, the Pirelli Calendar has recruited legendary photographers like Karl Lagerfeld, Terry Richardson and Bruce Weber to capture some of the world’s most famous models for their famously exclusive calendar – copies are strictly reserved for key clients and VIPs of the Italian tire company. And while the recipient list is still as short as ever, the pages inside have undergone a major makeover.

Shot for the first time by Annie Leibovitz, the calendar features a lot fewer butts and boobs and instead serves more as a photographic portfolio of women who have accomplished some major things in 2015. In fact, Natalia Vodianova is the only professional model featured this year, and that’s partly because she’s also an avid activist. Make no mistake though — the calendar is still sexy as ever, just not in an oiled bod and beach frolicking sort of way.

While most of the women are clothed, two are photographed topless: Amy Schumer and Serena Williams. Amy is shot in her underwear casually sipping a cup of coffee while Serena is lunged across a backdrop.

According to The Guardian, Leibovitz explained that none of these photographs had been conceived with the male gaze in mind. She said that Williams’s photo was not looked at as a nude, but rather as a body study, and the idea behind Schumer’s pose was that she was the only one who had not gotten the memo about wearing clothes. Amy took to Twitter to share her thoughts on the final image. She wrote, “Beautiful, gross, strong, thin, fat, pretty, ugly, sexy, disgusting, flawless, woman. Thank you @annieleibovitz.”

A few other ladies featured are artist Shirin Neshat, Lucasfilm president Kathleen Kennedy, actress and editor Tavi Gevinson and arts advocate Agnes Gund. Does this major move by Pirelli indicate a larger cultural shift? Considering the notoriously sexy Abercrombie and Fitch also recently underwent a similarly drastic makeunder, all signs point to yes. We’re not saying this is the end of sex appeal at ALL — but maybe it’s starting to be thought about in a more refined and realistic way.

What are your thoughts on this new calendar? Share with us in the comments below.