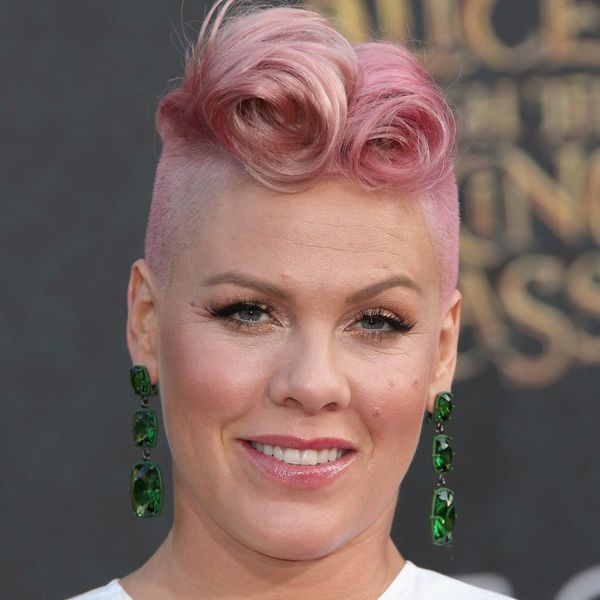 If there’s one thing singer Pink is known for (besides her stellar tunes, of course), it’s her wild and crazy hairdos. Since the “Just Like Fire” singer first hit the scene back in 2000 with her hit single “There You Go,” she’s been hot pink and shaved, blonde with a faux hawk, light pink with shaved sides, the works.

But the 37-year-old may have just gotten her most fun tress makeover of all in the form of what she calls a “rainbow bright” dip-dye.

“Feelin myself,” she wrote of the snap she posted to Instagram, featuring a fetching half-pink, half dark purple hue combo.

It was some likely much-needed girl time for the mother of two, who’s been dealing with a sick hubs and babe. What better pick-me-up than a hair switcheroo (and just in time for spring, no less!)?

We must say: We’re also “feelin” Pink’s new look: We haven’t seen such radness since Rita Ora tried the trend out back in 2014. Not that Pink’s style is dated — with galaxy hair becoming a thing (and a big one, at that), this trend looks like it’s not one that’s “dye-ing” (get it!? Har, har) anytime soon.

Would you try rainbow dip-dye locks? Tell us over @BritandCo.