Amy Schumer Has Been Hospitalized With Hyperemesis Gravidarum 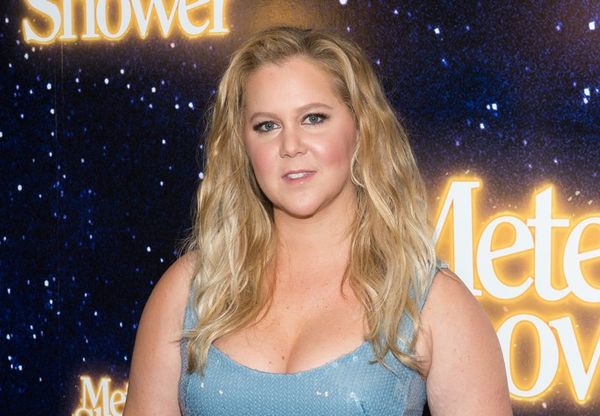 Amy Schumer is now in the second trimester of her pregnancy, but things aren’t getting any easier. In fact, the actress has just been hospitalized due to hyperemesis gravidarum, the same pregnancy complication that Duchess Kate Middleton faced with all three of her pregnancies.

The I Feel Pretty star took to Instagram on Thursday, November 15, to explain to her fans why she had been forced to cancel an upcoming comedy performance. “Texas, I am so deeply sorry. I have been really looking forward to these shows. I have to reschedule. I am in the hospital,” she captioned a photo of herself in a hospital bed.

She then assured her followers that she and her unborn baby are okay, even if she doesn’t necessarily feel okay. “I’m fine,” she wrote. “Baby’s fine but everyone who says the 2nd trimester is better is not telling the full story. I’ve been even more ill this trimester. I have hyperemesis and it blows. Very lucky to be pregnant but this is some bullsh*t!”

She went on to thank the doctors and nurses who’ve been taking care of her. “They are cool as hell!” she wrote. “And Texas, I am really really sorry and I’ll be out there as soon as I’m better.”

Hyperemesis gravidarum is a form of severe, often debilitating morning sickness that can cause serious issues if not addressed. Many people who experience it will endure prolonged vomiting, dehydration, weight loss, and in some cases even blood pressure issues, heart problems, and permanent damage to the digestive system.

Schumer announced her pregnancy in late October, burying the news at the end of a list endorsing various congressional and gubernatorial candidates in the midterm election. This will be her first child with husband Chris Fischer.

Was your second trimester easier or harder than the first? Let us know @BritandCo!