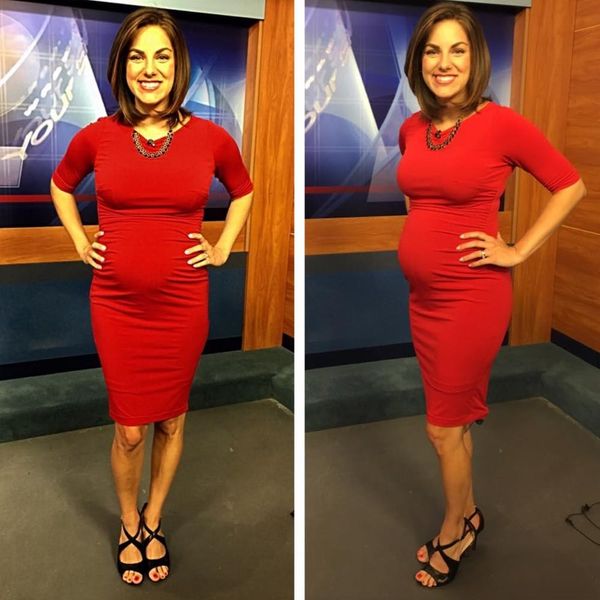 While we’ve made tons of strides in terms of body positivity, it’s always disheartening when we hear of another instance of body shaming, or in this particular case, pregnancy shaming. That being said, there is nothing better than an epic clap back that puts those haters in their place, as one pregnant news anchor did when someone called her “disgusting.”

Laura Warren, a news anchor for Augusta, Georgia’s WRWD, shared on her blog about a voicemail she received from a viewer who took offense at the sight of Warren’s baby bump. The woman’s message said, “Please go to Target and buy some decent maternity clothes so you don’t walk around looking like you got a watermelon strapped under your too-tight outfits. Target’s got a great line of maternity clothes in case you’ve never heard of such a thing. You’re getting to where you’re being disgusting on the TV.”

The 20 weeks-pregnant expecting mama said that while she’s typically thick-skinned and would’ve deleted the voicemail pre-pregnancy, she’s “hormonal, currently not allowed to drink wine, and feeling extra in touch with my feminist side.”

So instead, Warren wound up doubting herself. In her personal blog Bump, Baby, and Breaking News, the anchor found herself questioning, “Do I really look disgusting? What outfit is she talking about? Why did she call on Friday, I wasn’t even working Friday….did she boil over this all week and wait until I was off to leave me a voicemail? Oh crap, am I tearing up at my desk? NOT here. And, NOT over this. This lady doesn’t deserve to get a rise out of me. Does she know that I’m wearing maternity clothes?”

But ultimately, rather than letting another person’s negativity ruin her self-worth, she decided to turn it into something good. “So, I think instead of letting this lady get me down, I’m just going to turn her negative energy into positive energy,” she wrote. How? “I’m going to say as many nice things as I can to as many people as I can, and I’m going to do it in a dress that fits these beautiful new curves with my ‘watermelon’ stomach showing,” Warren shared.

And that is a beautiful thing.

What do you think of the woman’s voicemail? Tell us @BritandCo!

Shea Lignitz
Shea can be found in the nearest bookstore or brewery, exploring the great outdoors, or blasting Led Zeppelin. She grew up in the cold and rain of Northern California's redwoods but is currently wandering around Texas.
Body Positive
Beauty News
Body Positive Controversy
More From Beauty News