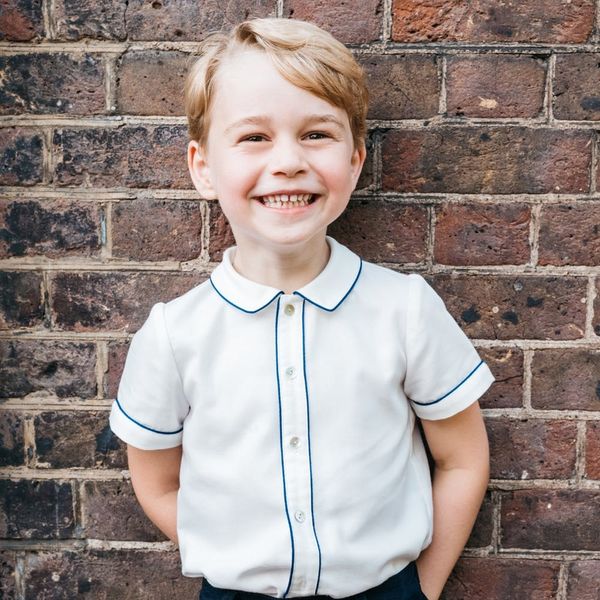 From the moment he was born, Prince George has lifted our spirits with countless heart-melting moments. Whether at royal weddings or christenings or even Queen Elizabeth II’s birthday, we can always count on the pint-sized royal for a cute photo op. And he may have just outdone himself.

Today, July 22, marks the future king’s fifth birthday, and in celebration of the milestone, the palace released an official birthday portrait.

Shot by photographer Matt Porteous, who most recently took portraits of the royal family at Prince Louis’ christening, the snap shows Prince George beaming from ear to ear and showing off his winning smile and perfectly coiffed blond hair. “The Duke and Duchess of Cambridge are very pleased to share a new photograph of Prince George to mark his fifth birthday — thank you everyone for your lovely messages,” Kensington Palace wrote in the pic’s caption, adding a red birthday balloon emoji.

If the prince’s outfit of jean shorts and a spiffy white button-down shirt with blue piping looks familiar, that’s because it’s the one he wore to his baby brother’s christening. As it turns out, the birthday portrait was taken that very same day.