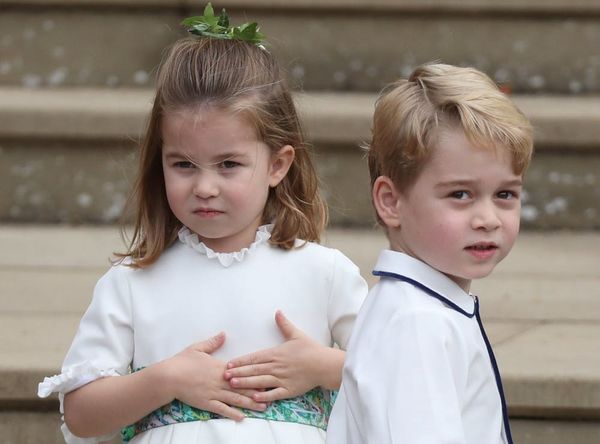 Like many other families, the royals have several special holiday traditions. We know about many of those involving Queen Elizabeth II, but now we’re getting the inside scoop on some traditions started by Prince William and Duchess Kate Middleton’s extended family.

Duchess Kate’s mother, Carole Middleton, recently gave her first interview to the UK’s Telegraph newspaper, and in it, she opened up about some of the special customs she created for her grandchildren around the holidays. According to Carole, she makes sure to put a tree in each of the children’s bedrooms “so that they can decorate it themselves.”

That means both Prince George, 5, and Princess Charlotte, 3, get their own trees. We’re guessing that Prince Louis, who is just 7 months old and celebrating his first Christmas, might be a little young for the tradition.

The Middleton family was thrust into the spotlight when Kate married William in 2011, but has preferred to keep a low profile over the years. Carole told TheTelegraph that they choose not to read anything written about their family in the press. “I thought it was better to know what people thought,” she said. “But it doesn’t make any different. I’m not really sure how I’m perceived now. But the thing is… it is really normal — most of the time.”

What do you think of Prince George and Princess Charlotte’s cute Christmas tradition at their grandparents’ home? Let us know @BritandCo!