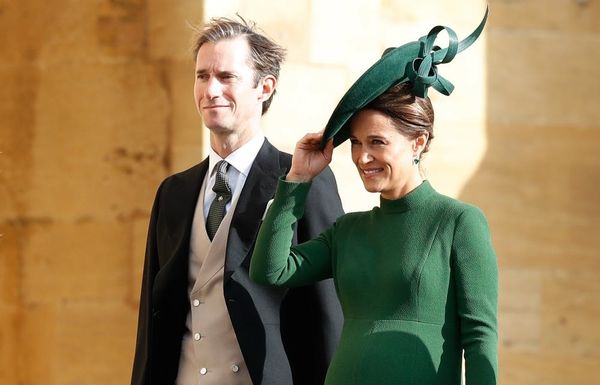 Duchess Kate is an aunt! Pippa Middleton, the younger sister of Catherine, Duchess of Cambridge, gave birth to her first child with husband James Matthews on Monday, October 15, People reports. The pair welcomed a baby boy at 1:58pm local time.

“Everyone is delighted and mother and baby are doing well,” Middleton’s rep told People, which reports that the new arrival weighed in at 8 pounds, 9 ounces.

Middleton, who married Matthews in May 2017, was first reported to be pregnant in April. She confirmed the reports in June, telling Waitrose magazine that she was lucky not to suffer any morning sickness, let alone hyperemesis gravidarum, which struck Duchess Kate during all three of her pregnancies.

News of the birth comes just hours after Prince Harry and Meghan Markle revealed that they are expecting their first child next spring, and less than a week following the wedding of Princess Eugenie, which Middleton attended with Matthews on Friday, October 12.

Desiree O
Desirée O is a ‘Professional Bohemian’ who loves anything and everything related to the arts, entertainment, and pop culture. She ADORES being a ‘Newsy’ for Brit + Co, covering all of the latest tidbits of awesomeness that you want to read about. When she’s not writing, she’s either making messy art, going on long adventurous walks with her camera, or poking around over at bohemianizm (http://www.bohemianizm.com/). You can find out about Desirée O and her work at http://DesireeO.com/ or follow her on Twitter @DesireeO.
Celebrity Baby
Celebrity News
Celebrity Baby Royal Family
More From Celebrity News