WTF: You Can Eat a Slice of Princess Diana’s 34-Year-Old Wedding Cake 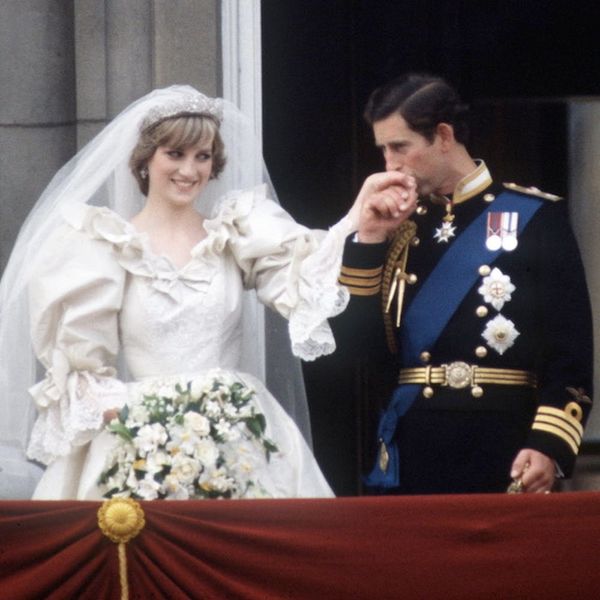 From getting a new haircut to taking Princess Charlotte’s latest portraits, Kate Middleton has the uncanny ability to command the world’s attention with her every move. It wasn’t too long ago that her late mother-in-law Princess Diana of Wales (to whom Wills + Kate paid homage when naming little Charlotte) used to elicit the same kind of fascination. Princess Di, like Kate, captured the public’s imagination with her grace, style and good deeds. And clearly, her legacy continues — 34 years after her wedding to Prince Charles and 18 years after her tragic passing, people still can’t get enough of her and are even willing to shell out serious cash for kind of strange (or gross?) tokens in remembrance of The People’s Princess.

Yesterday, LA-based auction house Nate D. Sanders sold a slice of Princess Diana and Prince Charles’ wedding cake from July 29, 1981 for $1375. You didn’t read that number wrong at all. Sure, the cake is 34 years old, but it’s apparently still edible considering its high alcohol content. According to a statement by the auction company, the cake is a “classic British fruitcake with cream cheese frosting and was made by the Naval Armed Forces … The cake slice came with a card stating: ‘With best wishes from / Their Royal Highnesses / The Prince & Princess of Wales.’ The whole slice is wrapped in original wax paper and doily.”

Sure, $1375 might seem steep for a slice of old cake, but apparently for whoever won the dessert, it was actually kind of a steal. Daily Mail reported that the forecasted price of the cake was around $4000. Whoa. That’s a good chunk of change for old fruitcake (don’t most people regift fruitcake?).

Either way, congrats to the lucky winner!

Would you eat 34-year-old cake… if it was from a royal wedding? Tweet us @BritandCo!

Kimberly Wang
Kimberly Wang writes about all things pop culture, tech, style, and beauty. She's a Bay Area transplant and has an MFA in Creative Writing from Columbia University. On a sunny New York day, you can find her hanging out with her mini schnauzer Isabelle Jellybean on a blanket in Central Park.
Celebrity Wedding
Food News
Celebrity Wedding
The Conversation