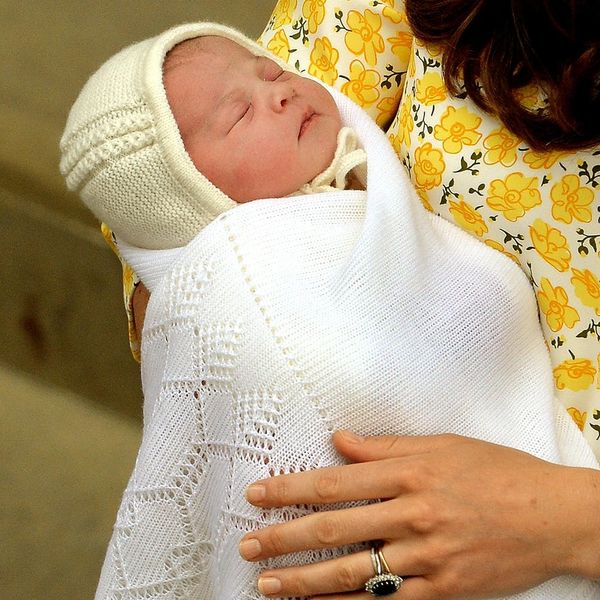 We’ve been placing some bets (along with the rest of the world) on what name the Duke and Duchess of Cambridge Will and Catherine would choose for their second child, the little princess born this Saturday. Diana was, of course, a favorite in honor of Will’s mother — and it looks like we were *not* too far off with our number one pick. It was announced today that the name of the new royal baby girl is Princess Charlotte Elizabeth Diana.

We were all hoping for that personal touch for the little princess’s moniker and it makes us aww double time to see that the baby name (well, names) Will and Kate chose pay homage to his mother, the late Princess Diana and honors his grandmother, Queen Elizabeth.

But now, a little more about the newborn’s first name. A top contender for awhile now, Charlotte is a feminization of the name Charles (the AKA the babe’s grandfather). It could also be a nod to Kate’s mother, Carole as Namberry reports, Carole also relates to the name Charles – it’s a stretch but it might be intentional. Charlotte also happens to be the middle name of Kate’s sister, Pippa Middleton.

The name is of French origin and is said to mean “free man (or woman).” Although the name has been gaining popularity recently, it didn’t make it onto the list of most popular baby names of 2014, but we’re betting that’s about to change.

What do you think of the new royal baby’s name? Do you think we’re about to see a spike in Charlottes born this year?