This Guy Who Proposed With a Puppy Is Our Hero 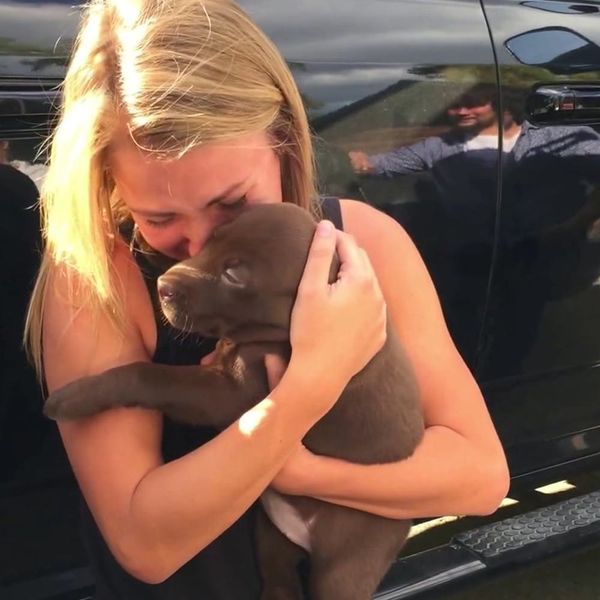 There are pretty much a million ways to pull off a winning proposal. You could pop the question at the top of a roller coaster, in front of the Eiffel Tower or — if you know the right people — you could ask your buddy Ed Sheeran to let you do it on stage at his concert. But if you’re looking for a definite “yes,” we recommend you follow this guy’s lead and go the puppy engagement route. Yes, that’s a thing.

In the YouTube video, one award-winning boyfriend shows up to his girlfriend Shelby’s house with a brand new puppy in tow. He gets out of his truck with what might just be the tiniest lab we’ve ever seen and lets the pup run to Shelby. Obviously, she starts to cry when she meets the puppy (because does anyone have any other kind of reaction??), but she has no idea what’s actually in store for her.

Shelby’s boyfriend then says, “Look at her name tag” which *spoiler alert* has a ring attached to it. We don’t know whether we should award this guy boyfriend – err, fiance – of the year or the smartest guy around, because really who can say no to anything when they’re holding a puppy with a bow on it?

Cortney Clift
Cortney is the senior writer and special projects editor at Brit + Co. She typically covers topics related to women's issues, politics, and lifestyle. When she's not buried behind her computer you'll find her exploring New York City or planning her next big adventure.
Engagement
Entertainment
Engagement Posts that contain video