Steer This Helicopter With Your Brain! 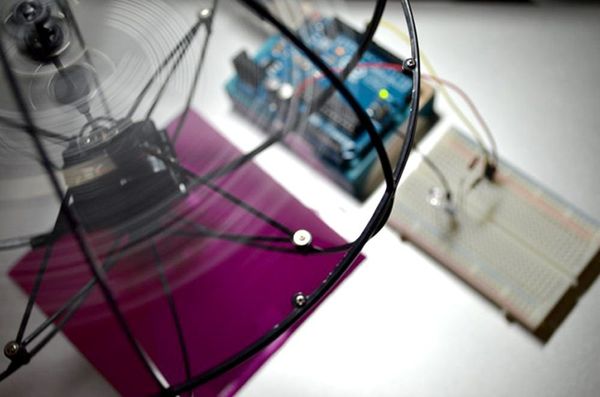 Remember when your kid brother got a toy helicopter for Christmas, crashed it and never played with it again? Well if the Puzzlebox Orbit existed then, he would have found a way to play with it again. This is the stuff of sci-fi dreams, people. Ditch the remote control and amp up your brainwaves, because all you need to steer this crowdfunded copter is your mind.

Mr. Steve Castellotti started Puzzlebox in 2004, and the company has been working on brain-computer technology ever since 2009. In 2012, they launched a Kickstarter campaign to raise $10,000 for mass production of their mind-controlled helicopters. They met their goal seven times over. Isn’t the Age of the Geek just fantastic?

So exactly how does this futuristic thing work? You just put on the NeuroSky MindWave headset and focus all of your concentration on the helicopter. The headset uses electrodes to measure your brainwaves. Your sheer focus will launch and steer the helicopter, and when you lose focus, it lands within its protective sphere. No magic wand or swooshing fingers required. Just some mad meditation skills or killer Jedi mind tricks.

We admit, focusing for longer than the time it takes to read 140 characters can be a strain, but the great thing about the Orbit (besides the fact that it freaking reads your mind) is that playing with it can actually improve your focus and your ability to relax. The Pyramid gadget (shown above) serves as a home base for your copter and displays your levels of concentration and relaxation with different-colored lights. You can opt to go mobile and track your activity on a tablet or smartphone too.

As if it could get any cooler, Puzzlebox has offered all the guides and instructions on how they created the Orbit under an open source license, which means that anyone can get their hands on it. No, really — they say the process can be understood by “a motivated 10-year-old.” With information free for all, it’s a whole new kind of DIY.

The best part (besides basically having telekinetic powers) is that you can get this modern miracle for your very own, and it’ll cost you $199, less than the price of an iPad.

What would you want to do with this new brain technology? Let us know in the comments (or via brainwaves if you know how)!