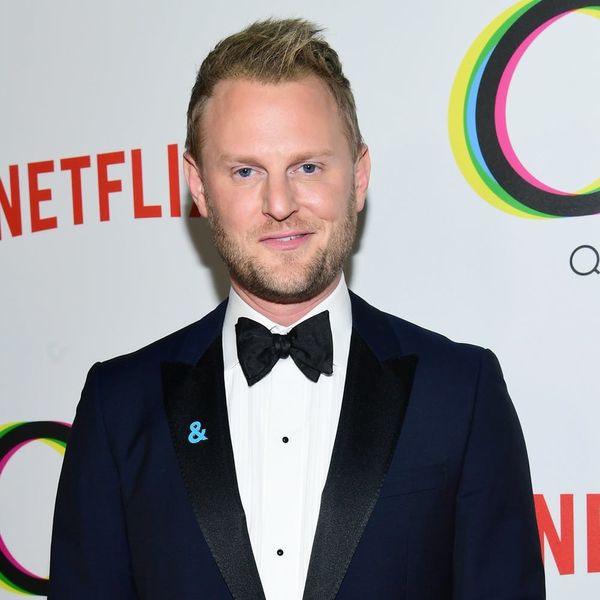 We’re almost as emotional over the news that Queer Eye is coming back for a second season as we were over every heartwarming transformation on season 1 of the reboot. Netflix hasn’t revealed when the new episodes will drop online, but Bobby Berk shared a little about what fans can expect when they do.

The show’s first season left audiences completely charmed by the new Fab Five — food and wine connoisseur Antoni Porowski, culture connoisseur Karamo Brown, grooming guru Jonathan Van Ness, fashion expert Tan France, and interior designer Bobby Berk. It’s set to return for another eight episodes “soon” — and according to Berk, those episodes have already been filmed. Speaking to Variety, he revealed, “[The new episodes were] actually shot right at the tail of the first season, so they’ve already been shot and they’re ready to go.”

He also dished about how the second season hopes to improve on the first. “One of the things I’m most excited about for the new season is the continuation of diversity, even more so than the last season,” he said. “Without giving anything away, with our heroes, you’re going to be seeing a lot more different people than you did the first time. A lot of people have been asking, ‘Why are you just working with straight guys?’ Or we did have one gay guy. And I’m like, ‘Stay tuned for season 2. You’ll see a lot more diversity.'”

Berk also addressed how the show celebrates people’s differences while also highlighting what we have in common and bringing people together. “There is so much negativity in the world right now, and there’s so many people not having conversations because there’s so many people divided between the right and the left,” he told Variety. “Nobody is willing to listen to the other side. For us, it was really important to show and to set the example that the only way things are going to change is when two sides sit down and listen to each other.”

As for the actual makeovers, he said they take “way less time than you’d actually think” — even less than a full work week. “We meet the guys on a Tuesday, and that’s the morning where you see us in the truck going to meet them,” he explained. “I usually get the house by about 4 in the afternoon on a Tuesday, and I have to get it back by 9 or 10am on Friday. So really quick.”

What kind of changes would you like to see in the second season of Queer Eye? Let us know @BritandCo!