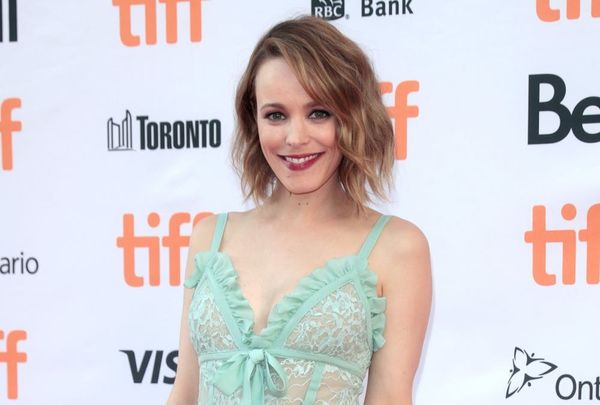 Rachel McAdams stayed out of the spotlight while she was pregnant, which meant that many of her fans were surprised when she welcomed a baby boy in April. Prior to this week, the actress had never even confirmed the birth of her son. Now, in a rare interview with the UK’s Sunday Times, she’s opening up about motherhood and all of its ups and downs for the first time.

“I want to keep his life private, even if mine isn’t,” the Southpaw actress told the paper. “But I’m having more fun being a mom than I’ve ever had. Everything about it is interesting and exciting and inspiring to me. Even the tough days, there’s something delightful about them.”

She went on to share how having a kid had changed her priorities. “I have clothes on and that’s a good thing,” she quipped. “I don’t even know what I’m wearing today. The shoes are held together with glue. Isn’t that sad? I need to get a life.”

Of course, her style isn’t the only thing that’s been affected. “You see everything through a particular lens: very sensitive, more open,” she said. “It’s like being on an airplane all the time.” She added that becoming a parent is “the greatest thing that’s ever happened” to her, “hands down.”

“[People say] your life is not your own anymore,” she continued. “But I had 39 years of me, I was sick of me, I was so happy to put the focus on some other person. I waited a long time [for motherhood].”

As for whether she and boyfriend Jamie Linden will add to their brood, McAdams told the Times, “I think there is definitely room for more.”