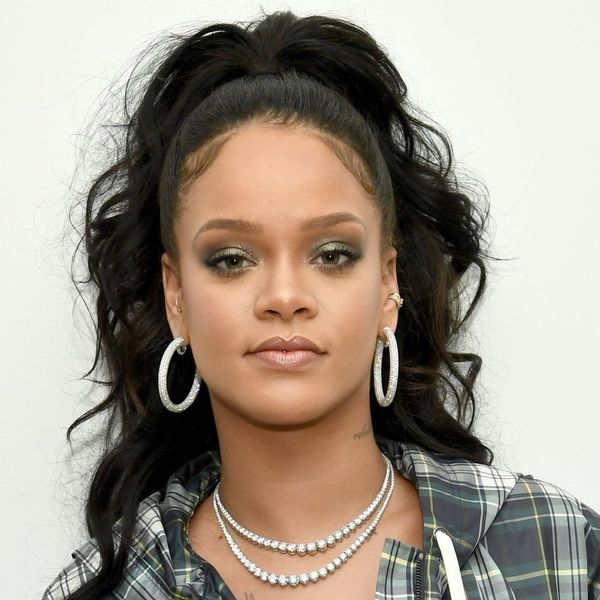 Rihanna causes a buying frenzy with nearly ever brand she drops, from her Fenty Beauty line to her Fenty clothing label. But with success comes criticism, and she’s also seen her fair share of it from those who would label her brands as less than inclusive when it comes to issues such as body diversity and transgender inclusion. The “Nothing Is Promised” singer addressed the latter issue in a private message to a fan, and her response is one that’s left the internet divided.

When Twitter user @lbertootero sent the singer a private message suggesting that should have invited “a trans girl to the group,” she took time out to pen a lengthy response, which he shared for the world to see, saying, “When I thought she couldn’t teach me more…”

When I thought she couldn't teach me more… @rihanna ❤ pic.twitter.com/iAX3kJBAr1

Her reply indicated that the decision not to use a trans model in her campaign wasn’t an oversight, but a conscious decision with thought-out reasoning behind it. While she says she’s had the pleasure to work with many “gifted trans women” throughout the years, she doesn’t “go around doing trans castings! Just like I don’t do straight non-trans women castings!”

She continued on to say that she didn’t think it was fair to use a trans person solely to amp up her brand. “I don’t think it’s fair that a trans woman, or man, be used as a convenient marketing tool!” she wrote. “Too often I see companies doing this to trans and black women alike! There’s always just that one spot in the campaign for the token ‘We look mad/diverse’ girl/guy! It’s sad!”

Many in the trans community were appreciative of what they deemed the entrepreneur’s sensitivity, praising her for her views and noting that there wasn’t a need to call out their status while hiring models.

I agree. She could’ve even hired a trans woman and not have known too. Castings open for all is good and I hope ALL come and don’t feel like if it isn’t spelled out it means they aren’t invited.

As a trans woman I have so much admiration and respect for Rihanna. She worded all of that so perfectly and respectful and kind. She's a true angel

Loving this take by @rihanna AND I think any casting or employment opportunity should clearly state its inclusion of trans (and other marginalized) folks. This is necessary in a world where we’re still denied access and lacking legal protection in so many ways. https://t.co/YORRHEEiUc

Rihanna's other point is that she DOES NOT ASK someone if they're trans or not. A casting for women IS a casting for WOMEN! 👏

There were others, however, who thought that her viewpoint was ultimately at the expense of transgender individuals who greatly needed the platform for visibility, deeming her answer an easy copout.

Hmm I see where Rihanna is coming from, but I do think a platform for trans people to be on beauty campaigns is important. Of course tokenism is an issue, but I think representation is so important and tokenism doesn't always negate a positive reception https://t.co/1DSSXTxZxC

Here's the reality of the situation: If Rihanna had wanted Trans models to represent her brand, then there would have been Trans models. Point blank. Either she's in control of the casting or she's not.

I'm not really upset or anything. Just calling a thing a thing.

We respect Rihanna and agree that Trans bodies are used as an easy way to make brands appear "inclusive". But at this point visibility is integral for trans ppl. More brands need to be hiring trans/gnc ppl and poc in GENERAL. Ps: hiring them means paying them.

why did rihanna say "trans women, or men", excluding nonbinary folk completely like 😭 if she'd just talked abt trans women i would be 1000% here for it but she felt the need to include trans men and still managed to exclude us 💔

that rihanna post about using trans models is really bad and is the same exact logic white people use to deny proper representation of black women in media.

What do you think about Rihanna’s take? Tell us over @BritandCo.

Nicole Briese
Nicole is the weekend editor for Brit + Co who loves bringing you all the latest buzz. When she's not busy typing away into the wee hours, you can usually find her canoodling with her fur babies, rooting around in a bookstore, or rocking out at a concert of some sort (Guns N' Roses forever!). Check out all her latest musings and past work at nicolebjean.com.
Celebrity Beauty
Beauty News
Celebrity Beauty Controversy LGBTQ