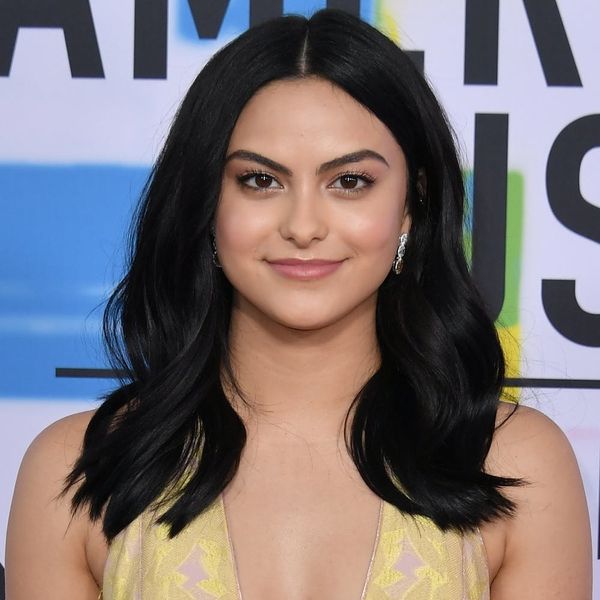 The young stars of the CW’s Riverdale have often been honest about their off-screen struggles. Cole Sprouse (AKA Jughead) has opened up about his depression, and Lili Reinhart has said she battled severe anxiety just prior to starring as Betty Cooper on the show. Camila Mendes (Veronica Lodge) has also spoken out about her past eating disorder symptoms, and she’s now declaring that she’s done with dieting for good.

“When did being thin become more important than being healthy?” she asked in a powerful Instagram message. Mendes said that one important question helped her reframe her anxiety around food and her obsession with dieting: “What other things could you be thinking about if you didn’t spend all your time thinking about your diet?”

“My passion for education, cinema, music, etc. — all the interests that used to occupy my mind — had been eaten away by my desire to be thin, and it made me miserable,” the 23-year-old wrote, adding that she will no longer let society’s standards dictate how she treats her body.

“I’m done believing in the idea that there’s a thinner, happier version of me on the other side of all the tireless effort. Your body type is subject to genetics, and while eating nutrient-dense foods and exercising regularly will make you healthier, it will not necessarily make you thinner, and the current system fails to make that distinction,” Mendes continued. “I’m sick of the toxic narrative that the media consistently feeds us: that being thin is the ideal body type. A healthy body is the ideal body type, and that will look different for every person.”

In October, Mendes announced a partnership with Project HEAL, a nonprofit that aims to help those who are struggling with eating disorders but cannot afford treatment. Through the #DoneWithDieting campaign, the organization aims to educate on how dieting can often be ineffective and dangerous.

Do you think more celebrities should get involved with mental health initiatives? Let us know @BritandCo.