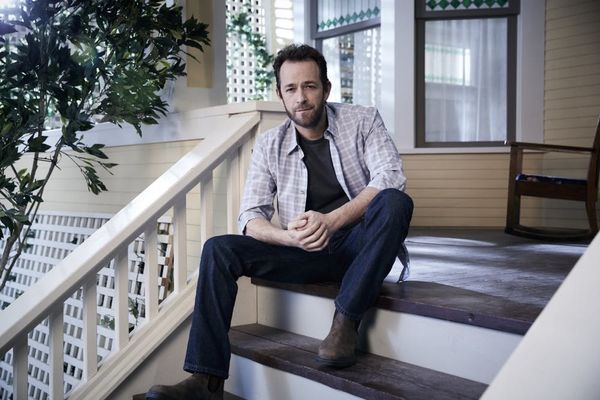 Three days following the shocking news of Luke Perry’s death, the CW’s Riverdale paid tribute to the late actor, who starred on the show as Fred Andrews, father to Archie Andrews (KJ Apa). During the Wednesday, March 6, episode credits, Perry’s name appeared on the screen with his birth year and the year of his death, 1966 – 2019, alongside the words, “In memoriam.”

Earlier on Wednesday, before the episode aired, the show’s creator, Roberto Aguirre-Sacasa, stated that all future episodes would be dedicated to the late actor.

“Going through pictures on my way to set,” Aguirre-Sacasa wrote on Instagram alongside a photo of some of the cast members. “From the early days. With Luke in the middle. Our heart, always. Tonight’s episode of #Riverdale finds Fred doing what he does best — helping Archie. It is dedicated to Luke, as all episodes will be for the rest of our run.”

Perry died at age 52 on Monday, March 4, after suffering a massive stroke the week prior. He was surrounded by his children Jack and Sophie, fiancée Wendy Madison Bauer, ex-wife Minnie Sharp, mother Ann Bennett, stepfather Steve Bennett, brother Tom Perry, sister Amy Coder, and other close family and friends at the time of his passing.

Production on the show temporarily shut down following the actor’s death, as tributes from colleagues past and present poured in on social media.

“I’m finding it hard to grasp that he will no longer be around to give long hugs and share his wisdom and kindness with all of us,” Lili Reinhart, who plays Betty Cooper, tweeted. “I’m thinking of his family. His children. I pray for them to heal and find peace in this devastating loss. I just can’t believe it.”