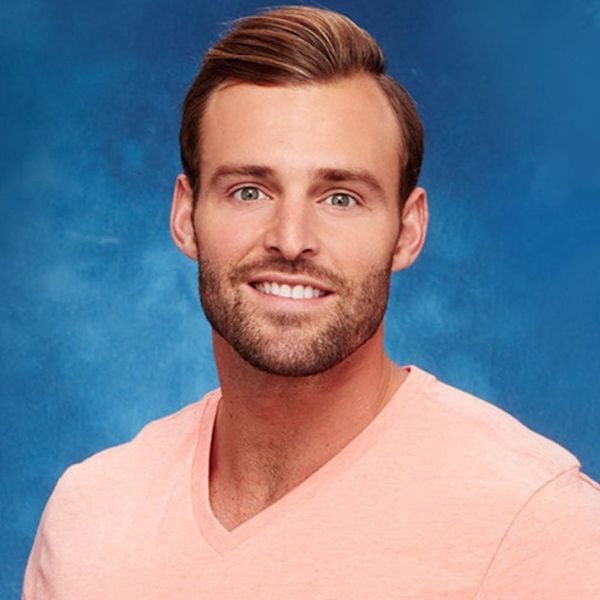 There are only two men left standing on this season’s Bachelorette: Jordan Rodgers and Robby Hayes. They’ve both had their fair share of controversy this season, and we all know what controversy does for ratings. We’ve heard about how Jordan and his famous brother (Aaron Rodgers of the Green Bay Packers, for the uninitiated) don’t talk anymore, and we’ve also heard that Robby may have broken up with his most recent girlfriend JUST to go on the show (this is a big no-no in the Bachelor-verse). We want to posit a theory, here, about perhaps the greatest scandal of all — and it’s one we’ve been sitting on all season so as not to detract from the love that’s been building on the show.

Think about it — his occupation on the show is “former competitive swimmer,” and while that’s great, it also means he’s looking for the next big thing. If he wins, he might be busy making the talk show circuit with JoJo — but if he doesn’t win, it would sure be nice if he had a brand new business to fall back on, perhaps selling a product he personally brought back in style on one of the most popular reality shows currently on television! Shawn Booth (from last season’s Bachelorette) is currently doing his thing in the fitness industry, selling personalized meal plans online. In fact, he’s been so successful (arguably due to name recognition) that his website currently states they’re “at capacity,” with an apologetic note that has a lot of exclamation marks for some reason. Maybe Robby Hayes just wanted to be the Shawn Booth of men’s hair-height boosters, and who could blame him! Also, who would fight him?

Does Robby have a BumpIt in his hair?

Okay, so even if he didn’t go on the show to bring Bumpits back in style, doesn’t it look like he’s wearing one under those flaxen locks? Most of the other men have had trouble keeping their hair in place on the show; it gets in their faces during physical challenges, can’t hold up to the wind on romantic rooftop dates, and looks a veritable mess in the early morning. But not Robby. Never Robby. His Bumpit keeps his hair neatly in place and it never looks flat. It has volume, yet still somehow stays in line — somewhat, you might say, like the husband he hopes to be. A man with personality, but also restraint. A man who is ambitious, but not so much that he forgets where he came from. The Bumpit says what Robby can’t. The Bumpit says it all.

Robby has (maybe, we think) taken a beauty tool that was originally not only for women, but mostly for beauty queens and cheerleaders, and made it masculine and strong. He’s made us think twice about the Bumpit — after all, isn’t it possible that if a dude like Robby, who has captured the heart of not only JoJo but millions of viewers at home as well, could pull off a Bumpit, maybe other men might start thinking they could too? If Robby wasn’t already thinking of personally branding his own version, we think he definitely should — he’s made a strong case for the thing, and if anyone could sell them to men, it’s him. We think it’s pretty clear — the Bumpit is the real winner of this season, no matter who JoJo ends up with.

Rosemary Donahue
Freelance Editor at Brit + Co. Freelance writer everywhere. I like my dogs more than I like most people.
Beauty Hack
Pop Culture
Beauty Hack
More From Pop Culture