What 9 Female Runners Wish They Knew Before Their First Marathon 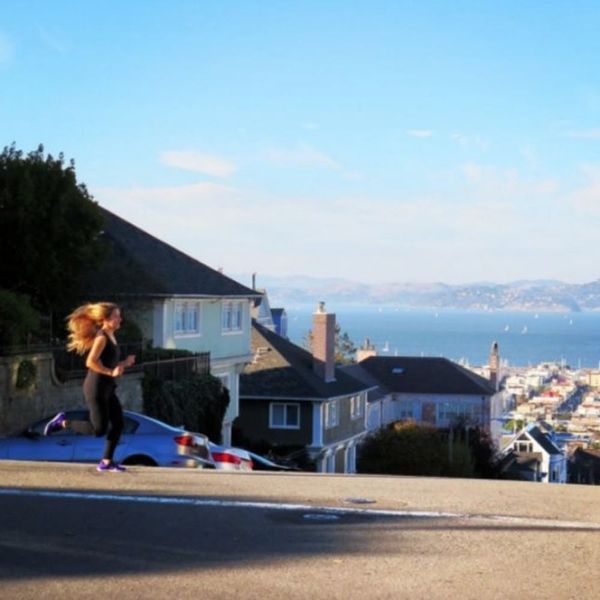 Training for your first 26.2 is a daunting task — but an awesome goal. “Run a marathon” is on many people’s bucket lists. After your first marathon, you’ll go through a ton of emotions — pride, relief, pain (inevitable), hunger and, yes, wondering which marathon is up next. To help you prepare, we asked nine seasoned marathoners what they wish they knew before they headed to their very first start line.

What I Wish I Knew: “I wish I knew that it wasn’t just me that was hurting toward the end! I had to keep reminding myself that no one felt good after running 20+ miles — I wouldn’t have felt so alone!” (Photo via Almost Getting It Together)

What I Wish I Knew: “I would highly recommend Lynx sports bras for my fellow double Ds out there! Also everyone should pick up “the STICK” for inevitable training and post-race aches and pains (especially for your IT band!!)”

What I Wish I Knew: “Do not underestimate the value of a good anti-chafing product.”

Number of Marathons: 2 (next one will be 2015 Chicago Marathon)

What I Wish I Knew: “I wish I knew that it was going to be harder than my training runs and sometimes things just happened, like my quads being super tight despite stretching all week. I also didn’t know how much of an emotional rollercoaster it would be with smiles, pain and tears all in one race!” (Photo via Breathe Deeply and Smile)

Number of Marathons: 3 (next one will be 2015 Las Vegas Rock n’ Roll Marathon)

What I Wish I Knew: “I wish I had realized I was only ever going to experience my first marathon once and had taken time to appreciate the incredible journey of 26.2 instead of being worried about every little thing.” (Photo via Do Things Always)

What I Wish I Knew: “Every marathon is a collection of small steps. Rejoice in each one, and think of how happy you’ll be!” (Photo via Suzlyfe)

Number of Marathons: 9 (and one ultra-marathon!)

What I Wish I Knew: “Having a training, pace and nutrition plan dramatically increases the odds of a good race.” (Photo via @RunWiki)

What I Wish I Knew: “Your mental game is so much more than your physical game. Don’t get me wrong — the physical plays a big role — but the mental keeps you going!” (Photo via Rain Soaked Run)

Number of Marathons: 4, including a Boston 2016 Qualifier

What I Wish I Knew: “I wish I had known just how much of a mental battle it is! The last six miles are the worst, and it will be much more mental than physical. It hurts — more than I was prepared for — and that took a huge toll on my mental strength! Your body is capable of the distance; that’s what training is for. The biggest battle towards the end will be silencing the little voice that wants to quit. Just remember, you can do hard things!” (Photo via @nona_runs)

Have you ever run a marathon? What would you like to tell yourself before your first race?

Cassandra Pisone
Cassandra is a San Francisco-based marketer by day and blogger by night (and weekend!). You can usually find her running, surfing, hiking, eating or at the yoga studio when she's not working - or planning her next adventure.
running
Health
running