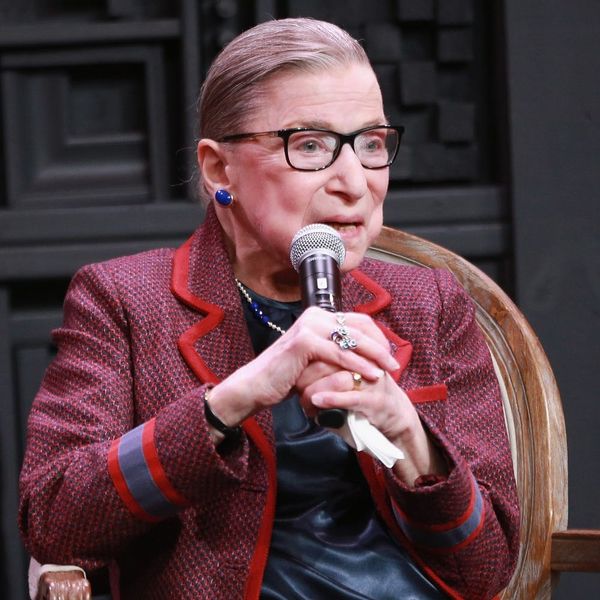 For the first time in her 25 years on the Supreme Court, Justice Ruth Bader Ginsburg missed the court’s first day of oral arguments in the new year.

Chief Justice John Roberts opened court on Monday by announcing that Ginsburg would be “unable” to join in the proceedings, and that she would be working from home.

The “notorious” 85-year-old justice is still recovering after a December surgery in which two cancerous nodules were removed from her left lung. Despite previous bouts of cancer in 1999 and 2009, in addition to a 2014 cardiac procedure and a November 2018 hospitalization after fracturing three ribs in a fall, Ginsburg had always found a way to show up for oral arguments. Notably, the beloved liberal justice was back at the Supreme Court just one week after her hospital release in November.

In July of last year, Ginsburg announced her intention to stay on the court until at least 2020.

“I’m now 85,” she said following a New York production of The Originalist, a play about the late conservative justice (and perhaps unexpected personal friend of Ginsburg’s) Antonin Scalia.

“My senior colleague, Justice John Paul Stevens, he stepped down when he was 90,” Ginsburg continued, “so I think I have about at least five more years.”

In January 2018, Above The Law reported that Ginsburg had hired four new law clerks, which would certainly seem to indicate that she plans to stick around for a while. Then again, the same report noted that four new clerks had also been hired by Justice Anthony Kennedy — the same Justice Kennedy who would retire from his seat just over six months later, leading to the nomination and controversial confirmation of Justice Brett Kavanaugh in his place.

Ginsburg, who was nominated to the SCOTUS bench by President Bill Clinton in 1993, has become renowned for her opinions on civil rights cases and fiery dissenting votes. She’s also become a pop culture icon as the subject of two recent films about her life, the 2018 documentary RBG and a new biopic, On the Basis of Sex.