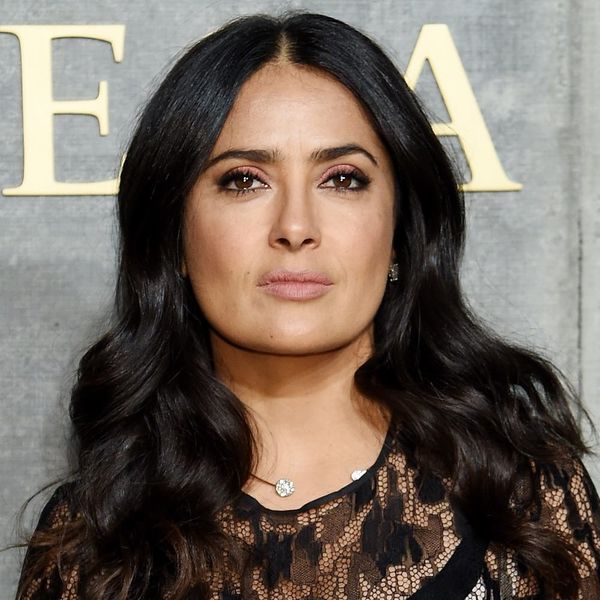 Black may have been the trending color at the 2018 BAFA Awards, with stars donning the hue on the red carpet in support of TIME’S UP, but for Salma Hayek-Pinault, it was a different color that was shaking things up.

The actress attended the BAFTA nominees party at Kensington palace on Friday with a look that had us doing a double take. Gone were her trademark black tresses, replaced instead by a chic, angled shoulder-length blonde lob.

With The Hummingbird Project star’s colorist Aura posting the look to her Instagram page, fans wondered if this might not be the real deal.

The shade turned out to be faux, however, with Hayek Pinault hitting the red carpet at the awards show with her famously lush raven locks back in place the very next day.

The 51-year-old’s hairstylist, Jennifer Yepez, also gave away her secret, adding “wig @helenawigs” to a caption from the prior evening.

It certainly wouldn’t be the first time she’s worn a flaxen-hued hairpiece: back in September, she looked nearly unrecognizable while attending an Altuzzara fashion show in Paris in a bold fuchsia suit and a golden wig of the same cut and length.

Prior to that, she tried her hand head at a cotton candy pink hue while hitting up a dinner party in Cannes.

It’s official: Girl is a hair chameleon, through and through!

Do you like Salma better as a blonde or a brunette? Sound off over @BritandCo.

Nicole Briese
Nicole is the weekend editor for Brit + Co who loves bringing you all the latest buzz. When she's not busy typing away into the wee hours, you can usually find her canoodling with her fur babies, rooting around in a bookstore, or rocking out at a concert of some sort (Guns N' Roses forever!). Check out all her latest musings and past work at nicolebjean.com.
Celebrities
Hair
Celebrities Celebrity Hair Hair Color hair dye