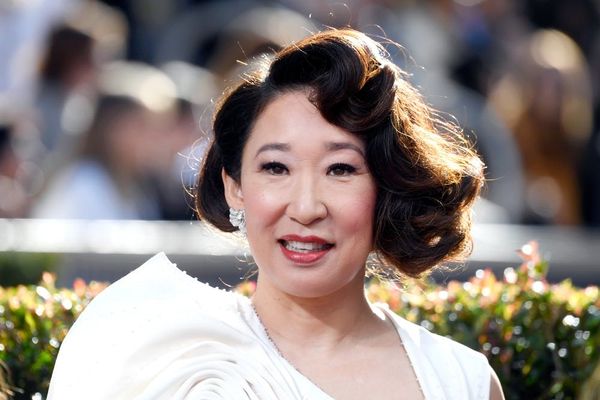 Sandra Oh is both co-hosting the 2019 Golden Globe Awards alongside Andy Samberg and nominated for Best Actress in a Drama TV Series for her role in Killing Eve. Naturally, Oh’s family is excited for her big night — and they wore matching t-shirts to prove it.

On Sunday, January 6, ahead of the ceremony in Los Angeles, Oh tweeted a photo of herself and some of her relatives, including her parents, Joon-Soo Oh and Young-Nam Oh. The best part about the picture? All six are wearing matching t-shirts featuring an iconic quote from Oh.

“It’s an honor just to be Asian,” the shirts read. Oh uttered the now-famous quote at the 2018 Emmys, where she was nominated for Outstanding Lead Actress in a Drama Series. Her nomination was historic, as she was the first Asian woman ever nominated in the category.

Thank you beloved family (ps—why are mom and dad not looking at camera?) pic.twitter.com/xe1qMy7t9j

At the Emmys, Oh’s mother sported a traditional Korean hanbok dress, and her dad coordinated his pocket square to match the bold pink color worn by his wife and daughter. Her parents are in the audience again at the 2019 Golden Globes, and while their red-carpet looks are more subtle, they’re no doubt just as proud for yet another historic night for their daughter — Oh is the first person of Asian heritage to host the show.

Do you relate to Oh’s adorable family? Let us know @BritandCo!