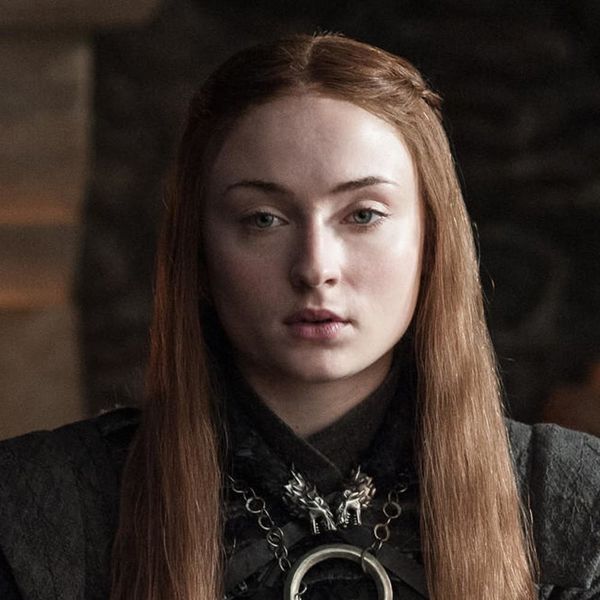 There was a lot to take in on Sunday’s season seven premiere episode of Game of Thrones. Catching up with where the show left off in season six and keeping all the story lines straight was enough to take up more than the show’s hour of airtime, making it extremely easy to miss some of the details added by people behind the scenes. Prime example: Sansa’s hair choices, and if you weren’t looking closely while you were listening, it probably went right past you.

Coming off of a particularly girl power-centric last season, the premiere was an excellent one for women. Arya started things off with a bang and Daenerys regally made landfall in Westeros in an almost completely wordless scene. Somewhere in the middle, Sansa is not having it with the men in her life.

While the new King in the North has been living (and dying) up at the wall with almost exclusively men, Sansa has been used as a pawn throughout Westeros. Although she hasn’t gotten much say in her own fate before now, that doesn’t mean she hasn’t learned a thing or two from the people who did. Fans noticed that this might mean more than how to wield power in a struggle for the top spot.

After a touchy public standoff with Jon Snow, the eldest Stark daughter pleads with her “half-brother” to not underestimate Cersei Lannister. Sansa has had a front-row seat (and sometimes a major role) in the conniving queen’s schemes. Her speech doesn’t do too much for Jon, except he notices that Sansa’s plea gives considerable credit to the new Queen of the Seven Kingdoms. “You almost sound as if you admire her,” her brother said to her. In response, the eldest Stark daughter responded, “I learned a great deal from her.”

During the back-and-forth, eagle-eyed fans noticed Sansa was sporting a hairstyle that looked extremely familiar. In addition to her admiration for calculating her way to the crown, Sansa wore her hair in Cersei’s southern Westerosian style we saw before her imprisonment and shaved head walk of shame.

Because nothing on this show is accidental, it’s likely the braided half updo was supposed to echo the show’s new woman in charge. Even Sophie Turner, who plays Sansa, revealed in an interview that the show’s hairstylists don’t do anything unintentionally. “Sansa’s hair is constantly reflecting the people she’s learning from, or mimicking, or inspired by at the time,” she told Refinery29. “When she’s Cersei’s prisoner, and she’s kind of absorbing all her manipulative techniques, it’s reflected in her hairstyle, and when she’s finding the spirit of Margaery in herself, she wears her hair like Margaery.”

We’ve seen a huge amount of growth in Sansa over the last few seasons, and the way she’s been taking charge now that she’s reunited with her own people means that we’re in for an exciting season. If her hairstyling message is any indication, we might now be dealing with two Cerseis, which is sure to make some great TV.

Did you catch Sansa’s beauty Easter egg in the season seven premiere? Tell us @BritandCo!

Elyse Roth
Elyse Roth is a freelance writer and editor who is a midwestern transplant in NYC. She loves to explore the city, plus you can find her at a Broadway show or the ballet usually once a week. When she's not finding things to do in New York, she's thinking about where she can travel next. She's combined her love for food and TV into a blog where she makes food eaten on her favorite TV shows at tvdinnerblog.com.
Game of Thrones
Hair
Game of Thrones