Channel the Mother of Dragons With This “GoT”-Inspired Jewelry Line 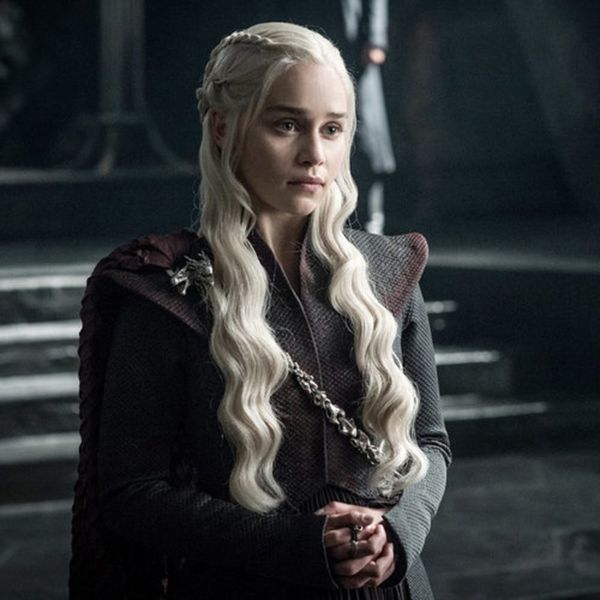 Game of Thrones fever is at an all-time high with the arrival of the show’s seventh season — the premiere actually crashed the HBO website yesterday! — and its Emmy-winning costume designer, Michele Clapton, just gave us even more of a reason to rejoice: After spending season after season overseeing the design of beautiful gowns, intricate armor, and statement-making jewelry to bring the HBO show’s characters to life, she’s bringing her work to the people for the second time with a Daenerys-inspired jewelry line that will allow you to channel the Mother of Dragons herself!

Clapton collaborated with jewelry brand Yunus & Eliza for an extensive collection (available through MEY designs) of pieces which are all connected to Daenerys in some way or another. The last remaining Targaryen has long been the Queen of statement jewelry, and, (spoiler alert!) now that she’s made landfall in Westeros, her jewelry has taken more of a military turn.

The body chain she wore in the homecoming scene, for instance, included special details that incorporated Targaryen and Unsullied symbols, allowing her to show off her status as the leader of an army and a people. Even better? It can now be yours — if you’re willing to shell out some serious dough, that is!

Fans can purchase a collector’s replica of the Mother of Dragons Chain for the rough equivalent of $2,891, or browse a selection of pendants ranging from $103 to $380.

The collection also offers necklaces, like the below Daenerys Drogon Choker, $1,523, bracelets, such as the Allegiance Bangle ($175) below, and rings, like the below-pictured Dragon Storm Single Dragon Ring ($185).

Men can get in on the action as well, since the line would also be fit for Dany’s brother, Viserys (RIP): “This is a unisex collection of modern armor,” the brand told InStyle. “We are telling a story through jewelry, working with Michele to reveal the character’s mood, allegiance, and intent.”

Clapton also spoke to the character, telling the outlet, “I have incorporated the shape of her late brother’s costume, in a nod toward his ambition being realized, and that of the Unsullied of which she is the commander.”

Hey, if we can’t have our own trio of dragons to order around, this is definitely the next best thing.

Check out the collection in full here.

Do you love Daenerys’s bold accessories in Game of Thrones? Tell us which piece from the collection you would pick to channel Khaleesi @BritandCo!

Elyse Roth
Elyse Roth is a freelance writer and editor who is a midwestern transplant in NYC. She loves to explore the city, plus you can find her at a Broadway show or the ballet usually once a week. When she's not finding things to do in New York, she's thinking about where she can travel next. She's combined her love for food and TV into a blog where she makes food eaten on her favorite TV shows at tvdinnerblog.com.
Game of Thrones
Style News
Game of Thrones Jewelry
More From Style News