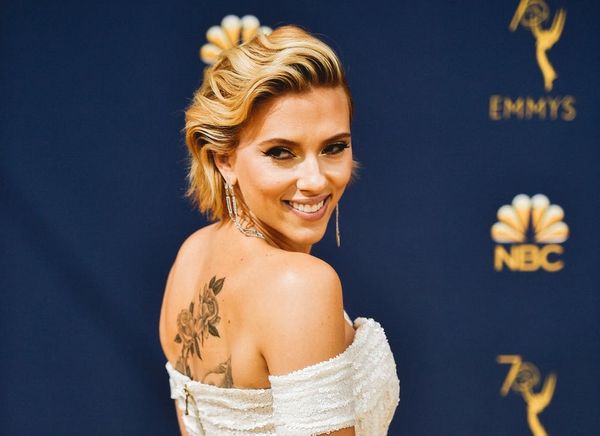 Earlier this year, Marvel announced that it was finally moving ahead with a stand-alone Black Widow movie starring Scarlett Johansson. And in more good news, THR reports that the actress has hit the pay equity jackpot for the flick, earning a reported $15 million payday for the feature.

According to The Hollywood Reporter, this puts Johansson, who has played the superhero spy (AKA Natasha Romanova) in six Marvel films, in the same pay bracket as Chris Evans and Chris Hemsworth, who each earned $15 million for playing Captain America and Thor, respectively, in Avengers: Infinity War, as well as in Captain America: Civil War and Thor: Ragnarok.

A spokesperson for Marvel Studios would not confirm the salary, saying, “Marvel Studios disputes the accuracy of these numbers, and as a matter of policy, we never publicly disclose salaries or deal terms.”

Johansson is one of many women in Hollywood who have spoken out about the pay gap in the industry, while still recognizing their privileged positions. “I am very fortunate, I make a really good living, and I’m proud to be an actress who’s making as much as many of my male peers at this stage,” she said to Cosmopolitan in 2016. “I think every woman has [been underpaid], but unless I’m addressing it as a larger problem, for me to talk about my own personal experience with it feels a little obnoxious. It’s part of a larger conversation about feminism in general.”

The Black Widow movie will be penned by screenwriter Jac Schaeffer, who also has credits including The Hustle and Olaf’s Frozen Adventure on her résumé. The film is still in development, and no further production or release plans have been revealed. Johansson’s Black Widow character will next appear in the upcoming fourth Avengers movie, set for release in 2019.