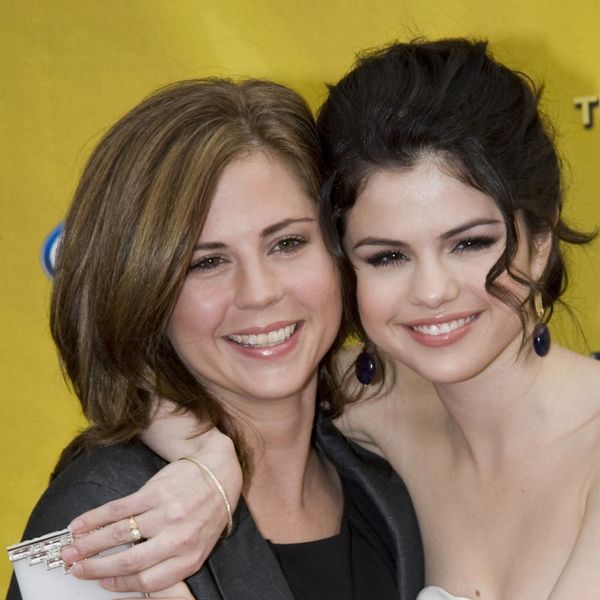 Selena Gomez has led much of her life in the public eye, with those she loves in the spotlight by proximity. Her mother, Amanda (Mandy) Teefey, for instance, has been the subject of plenty of media stories, offering up updates on her famous daughter’s illness and subsequent surgeries and dishing on Gomez’ famous beaus. This weekend, however, the famous mom took some major heat for posting a brow-raising Instagram caption that called out her disdain for the incessant radio play of *certain* male musicians.

Lamenting the current state of public radio, Teefey wrote, “…can someone PLEASE discover the next pop boy band or a little boy who sings about crap he has no clue about. I can’t with the current ones on repetitive rotation. Niall, you are safe, Harry, you are safe… you others are eliminated. ”

In case there was any question of just *who* those others were, the 13 Reasons Why executive producer called out two male artists in particular: Shawn Mendes and Charlie Puth.

As you might recall, the former name was particularly surprising, as Gomez herself recorded a single with Mendes with 2016’s “We Don’t Talk Anymore.”

"I will drive my car into a wall if I hear Charlie Puth or Shawn Mendes one more time" MANDY SKSKKSSKKSKS pic.twitter.com/lC82Xk33nk

“I will drive my car into a wall if I hear Charlie Puth or Shawn Mendes one more time,” she sniped. “We don’t need to hear them every other song. Yes, I’m really mad about this. Lol.”

Can someone please tell Selena’s mom that she can’t talk about overrated artists when her daughter is Selena Gomez. pic.twitter.com/JRXFfduVGE

I just think it's weird that @selenagomez mom is throwing shade and hating on @charlieputh music while her daughter made a song with him pic.twitter.com/aQKwSsQR2G

Eventually, the 41-year-old locked her IG account, but not before reportedly clapping back at commenters who mentioned Selena in their responses.

According to Seventeen, Sel’s matriarch wrote, “My image is my image. Not hers. It is disgusting people are dragging Selena into this and disgusting what is being said because I want other artists rotated.”

The outlet also reports that she responded that also attempted to clarify her remarks, saying she actually *does* love Mendes, but is just sick to death of hearing “Nothing Holdin’ Me Back” every “six minutes,” on the radio. “Not their fault,” she reportedly wrote of the young men. “I want all the other artist who work just as hard to get a chance. Everyone, I’m fine, friends, family, and people who literally told me to die. It’s down. It was taken WAY out of context. I just got out of the car and literally every station I turned to was them. Ever need a breather yourself?”

What songs are you sick of hearing on the radio? Tell us @BritandCo!

Kat Armstrong
Kat has been a writer, social media maven and mom for longer than she's willing to admit. She's also spent time in front of and behind the camera, interviewing celebs, politicians and acting as a producer for fashion and artistic photography shoots. When she isn't writing for various orgs and publications, she's hanging with her kids, husband and French Bulldog, Peter, in Toronto, Canada.
Celebrities
Celebrity News
Celebrities Controversy Selena Gomez