This Lifetime Star Just Announced Her Pregnancy in the Cutest Way 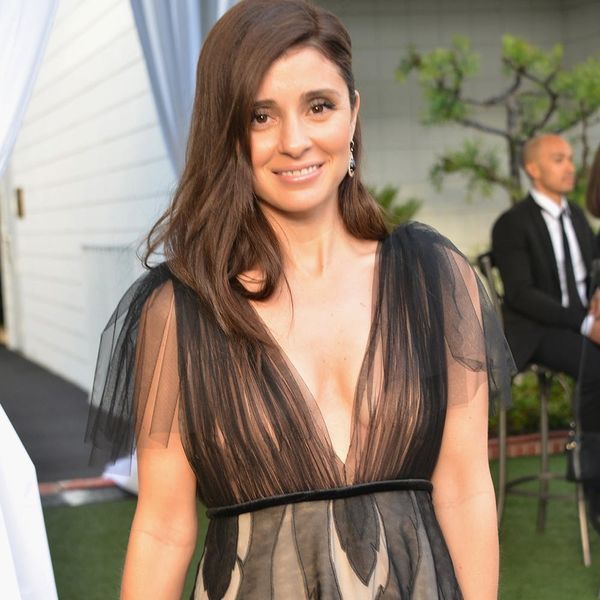 When the times comes to announce some big news (be it an engagement, pregnancy news or the birth of a child) there are a few ways to go about it. You could go for a funny video, a celebrity guest appearance or a candid snap – all of which can look great (and let’s be honest, garner you a whole bunch of likes). To announce that she and her family were expecting a new addition, Shiri Appleby went with the latter, very DIYable option.

The 36-year-old actress who stars in the Lifetime series UNreal, posted this snap of her and family alongside the caption, “…And then there were four.” While past celebrity announcement shots have typically been more styled than this one (see: Kristin Cavallari and Mark Zuckerberg’s photos), we have to say we’re pretty big fans of this laid back approach to breaking big news to friends and family. And a few thousand fans.

In fact, Appleby isn’t the only celeb who has been making announcements in an ultra casual way. Victoria’s Secret model, Candice Swanepoel recently announced her engagement not with the expected ring shot but rather a video of her and her fiancé dancing alongside the simple caption, “My boyfriend forever.” Whether it’s on television or the red carpet, we usually only see celebs perfectly styled so this new trend is definitely refreshing. A big congrats to Appleby and her growing family!

How did you break you baby news? Share with us in the comments below.

(Photos via @shiriapplby and Araya Diaz/Getty)

Cortney Clift
Cortney is the senior writer and special projects editor at Brit + Co. She typically covers topics related to women's issues, politics, and lifestyle. When she's not buried behind her computer you'll find her exploring New York City or planning her next big adventure.
Pregnancy
More From Pregnancy