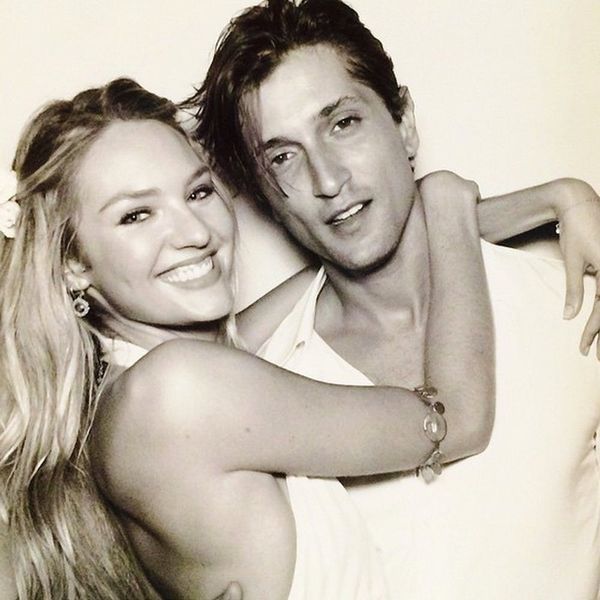 Is it just us or does it seem like people are getting hitched left and right this month? Whether they’re walking down the aisle or they just got engaged, one thing is certain: you’re going to hear about it on social media – probably more times than you actually care to, TBH. If, like us, you’ve seen your fair share of announcement posts, we’re guessing that means you’ve also seen plenty of Insta snaps that reveal the news via a closeup of that brand new bling. And while we can totally appreciate the beauty of a sparkly diamond, we have to admit that shot can also get a little bit repetitive. If you’re up for revealing the news in a slightly different way, we suggest you take a cue from Victoria’s Secret Model, Candice Swanepoel.

The 26-year-old model, recently said “yes” to her boyfriend of 10 years, Hermann Nicoli (who also happens to be a male model). To announce their upcoming union, Swanepoel posted an adorable video of them dancing together alongside the caption, ““Meu eterno namorado,” which translates to “my boyfriend forever” in Portuguese. The announcement is subtle, heartfelt and totally humble. Rather than simply showing off her new rock (which is probably super stunning), we are offered a glimpse into their sweet bond. A big congrats to the happy couple!

What’s the sweetest engagement announcement you’ve seen recently? Share with us in the comments below.