10 Shows and Movies Worth Streaming This Weekend 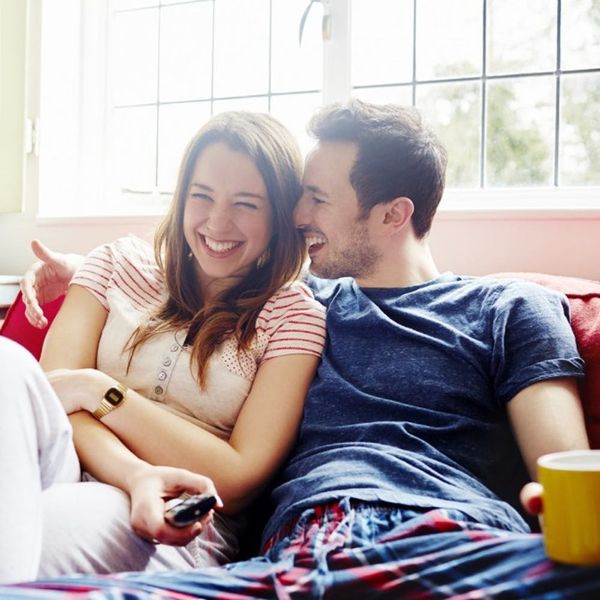 Congratulations — you made it to Friday. And we all know there’s only one way to celebrate the lazy two days we get to ourselves at the end of a stressful work week: a streaming marathon. This weekend’s selections of fresh Hulu, Amazon Prime, HBO GO and Netflix gems include some documentaries, a few classics that killed in theaters and under-the-radar shows you may have missed. So kick back, make some snacks (may we suggest zucchini fries?) and click through for instant access to everything you should be watching this weekend.

1. He Named Me Malala: For those who don’t know the story of uber-inspiring Malala Yousafzai, this documentary, landing this weekend on Amazon Prime, is the perfect place to start. Yousafzai, a Pakistani girl who was targeted by the Taliban when she was just 15-years-old for fighting for women’s rights to go to school, went on to work for gender equality in education and earned a Nobel Peace Prize for her work in human rights. (Photo via Fox Searchlight)

2. Everest: Based on Beck Weathers’ famous 1996 expedition to Mount Everest and his memoir, Left for Dead: My Journey Home from Everest, this movie is not for the faint of heart. The survival story is intense and enough to make you swear off mountain climbing for good. The all-star cast includes Jake Gyllenhaal, Keira Knightley, Robin Wright and Josh Brolin. (Photo via HBO)

3. Jurassic Park: One of the most successful movie franchises of all time has finally made its way to Netflix. The series’ first three films are all ready to queue up for your weekend movie marathon. Hold onto your butts. (Photo via Universal Pictures)

4. Ocean’s Thirteen: In what other movie do you get the trifecta of handsome Hollywood star power? George Clooney, Brad Pitt and Matt Damon team up for the third installment of the Ocean’s series, and this time the heist is in the name of revenge. (Photo via HBO)

HOT SERIES THAT ARE BACK

5. Casual: One of Hulu’s first forays into original programming has been wildly successful and is definitely worth a watch. The season two premiere of Casual, a touching series about a brother and sister who move back in together, just premiered, and new episodes will be available every Tuesday. (Photo via Hulu)

6. unREAL: Lifetime’s latest hit show is a must-watch for any fans of reality TV. The scripted drama draws back the curtain on some real reality TV issues, all while providing an addictive plot line. Season two just started back up on Lifetime, so binge the first one on Hulu and prepare for a wild ride. (Photo via Lifetime)

SHOWS ABOUT HOLDING IT TOGETHER

7. Scandal: If you somehow missed the Scandal phenom, have no fear: Season five is now available on Netflix. Although it’s always a great watch, the show about a White House communications director is particularly exciting during election season. (Photo via ABC)

8. Black-ish: There’s nothing we love more than a comedy that deals with deeper issues. ABC’s Black-ish centers on a black family living in a white, upper-class neighborhood and trying to maintain their cultural identity. It’s full of funny one-liners and interesting insights into our multicultural society. (Photo via ABC)

9. Love & Mercy: This stellar movie about Beach Boys frontman Brian Wilson examines all sorts of different types of love. Love from friends, romantic love and the adulatory love of fans are all put under the microscope. On top of being an excellent behind-the-scenes look at how some of the most legendary music of the ’60s was created, the movie also provides an intense look at mental illness and the relationships it affects. (Photo via River Road Entertainment)

10. The Rules of Attraction: Some movies are required viewing for anyone that spent any time in the early ’00s. This is one of them. For those who haven’t seen the film about a collegiate love triangle gone awry, it’s ready to stream from Amazon Prime. If you caught it growing up, rewatch for a few faces you may recognize — yes, that is Kate Bosworth. (Photo via Kingsgate Films)

What else will you be watching this weekend? Let us know @BritandCo!