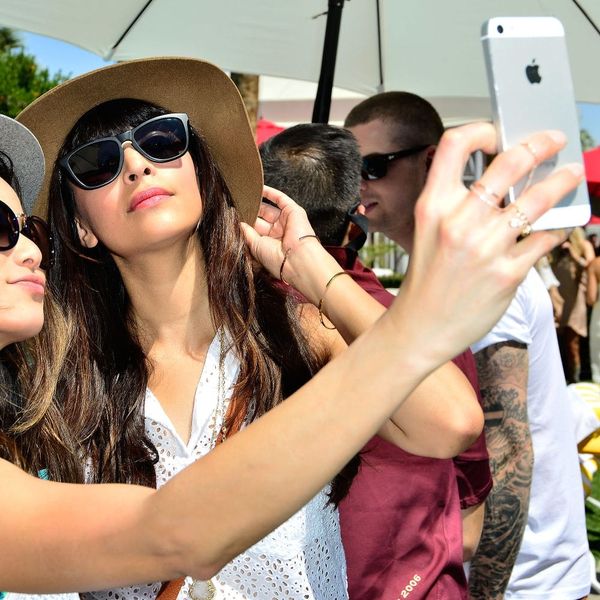 We’re pretty darn psyched to be celebrating International Women’s Day today, recognizing aesthetic trailblazers and stars using their platform to change the world, among other awesome ladies. We’re also thrilled that plenty of other folks seem to be eagerly getting in on the action. However, Snapchat’s efforts have not only turned out to be somewhat controversial — they’ve sparked some pretty nasty backlash.

Introducing Rosa Parks, Frida Kahlo, and Marie Curie filters for 24 hours to help users celebrate International Women’s Day, Snapchat even worked with the Rosa and Raymond Parks Institute to design her lens, and as for the Frida Kahlo option, the company told Mashable, “In the age of the selfie, Frida is considered to be the first selfie artist; she told a story of love, life, strength and passion thru her self-portraits.”

Despite their good intentions, folks aren’t seeing the sitch in the same way.

So are we going to talk about how offensive that Rosa Parks filter is on Snapchat? What the FUQ

Yikes at the Frida Kahlo and Rosa Parks Snapchat filters, like, I see what you're trying to do. But no, just no 😶

While some are upset about possible black-face pics…

Others can’t understand the inaccuracies…

What do you think about Snapchat’s International Women’s Day filters and the response to them? Let us know @BritandCo!

Desiree O
Desirée O is a ‘Professional Bohemian’ who loves anything and everything related to the arts, entertainment, and pop culture. She ADORES being a ‘Newsy’ for Brit + Co, covering all of the latest tidbits of awesomeness that you want to read about. When she’s not writing, she’s either making messy art, going on long adventurous walks with her camera, or poking around over at bohemianizm (http://www.bohemianizm.com/). You can find out about Desirée O and her work at http://DesireeO.com/ or follow her on Twitter @DesireeO.
International Womens Day
Tech
International Womens Day Snapchat
More From Tech