Bold Hollywood: Say Hi to the Stars Using Their Platform to Change the World 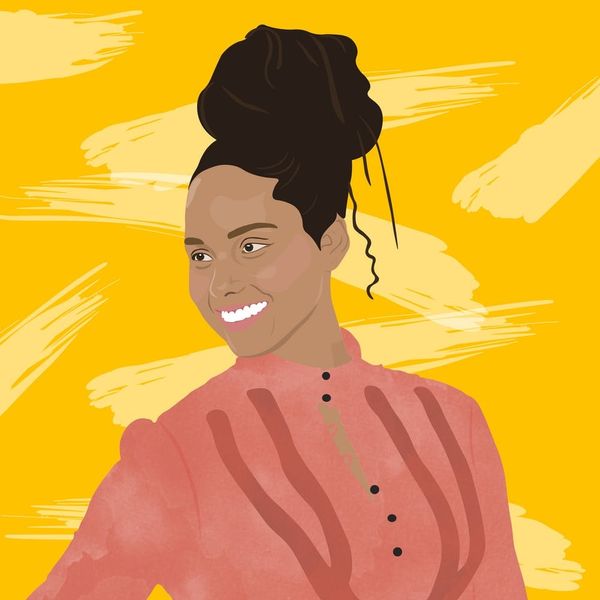 This International Women’s Day we’re celebrating the women who are boldly daring to make waves, smash barriers, and build a better future for womankind. Meet: The Hollywood influencers.

Who She Is: Alicia Keys, musician, actress and activist.

Where She’s From: New York City.

Claim to Fame: Singer-songwriter Keys took the music scene by storm in the early 2000’s with her stellar tune “Fallin’” (yeah, you know you wanna sing it!). In the years since, she’s since taken in her fair share of awards (to be exact: 15 Grammy Awards, 17 NAACP Image Awards, nine Billboard Music Awards, and seven BET Awards), sold over 30 million albums worldwide and is listed on the Recording Industry Association of America’s bestselling artists in the US.

Why She’s a Bold Woman to Watch: Alicia Keys knows how fickle Hollywood and showbiz can be. A prime example is the controversy that kicked up when she chose to go makeup-free, as well as her admirable response. She’s aware of how she (as a celeb AND a mother) can set an example through her music, her words, and her actions.

The co-founder and Global Ambassador of Keep a Child Alive, Keys works with the non-profit organization to provide medicine to families with HIV and AIDS in Africa. Always willing to donate money as well as lend her talents to worthy causes, Keys was also recently a speaker at the Women’s March on Washington. (Author: Desirée O. Photo via Theo Wargo/Getty)

Who She Is: Shailene Woodley, actress and environmental activist.

Claim to Fame: Shailene’s first big acting break was on the ABC series TheSecret Life of the American Teenager, and she’s since starred in The Fault in Our Stars, the Divergent series and most recently HBO’s new Big Little Lies, but her activism efforts took the spotlight after her arrest at Standing Rock in the fall of 2016.

Why She’s a Bold Woman to Watch: As Shailene Woodley’s star has risen over the past few years, so has her commitment to living green and speaking out, and while some of her more unconventional beauty routines might make for fun comedic material (Girls even had Hannah try Woodley’s vaginal suntanning trick in the show’s new season), these uncompromising ideals make her a bold woman to keep watching.

Woodley’s profile as one of Hollywood’s most outspoken activists emerged when Woodley was arrested (and jailed) for protesting the North Dakota Pipelines all while streaming it via Facebook Live. Since then, Woodley has continued fighting for the environment, staging demonstrations and events during a star-studded Sundance after President Trump signed an order advancing the building of the Dakota Access and Keystone XL Pipelines (even Malia Obama showed up), and she continues to use her voice via social media platforms, supporting causes she believes in and encouraging her fans to do the same. (Author: Nicole Villeneuve. Photo via Alberto E. Rodriguez/Getty)

Who She Is: Emma Watson, actress and women’s rights activist.

Where She’s From: Oxfordshire, England via Paris, France.

Claim to Fame: At just nine years old, Watson was cast as the formidable Hermione Granger in the Harry Potter film franchise, which means she’s been in the limelight for nearly as long as she can remember.

Why She’s a Bold Woman to Watch: Along with being an incredibly accomplished actress, Emma Watson is a UN Women Goodwill Ambassador, advocating for gender equality around the world as well as highlighting the need for women’s political participation. Named as Ms. Foundation for Women’s Feminist Celebrity of 2014, Watson started a feminist bookclub (which you can join here!) that invites anyone who’s interested to read up on and discuss feminist issues. An inspiration, motivation, and force to reckon with at just 26 years old, we can’t wait to see what comes next from Emma Watson. (Author: Desirée O. Photo via Frazer Harrison/Getty)

Who She Is: Shonda Rhimes, TV bosslady extraordinaire.

Where She’s From: Chicago, Illinois.

Claim to Fame: Shonda Rhimes basically does it all. She produces, screenwrites, and is an author, and not only does she do it all, she does it all REALLY well — and for multiple (successful!) projects at once.

Why She’s a Bold Woman to Watch: Though she had a rough start in Hollywood — first as an unemployed writer, and then with the ill-received Britney Spears movie Crossroads (yes, she wrote that!) — she finally hit her stride… and when Shonda Rhimes hits her stride, everyone knows it. Now, she has several hit shows under her belt, including Grey’s Anatomy, Private Practice, Scandal, and How to Get Away With Murder. Not only has she found success, she makes a statement with her success, and her shows feature some of the most diverse casts on TV.

Shonda, however, has said she doesn’t love the word “diversity.” She prefers to call it just normal, which we love. “I really hate the word ‘diversity,’ it suggests something… other. As if it is something… special. Or rare,” Rhimes has said. “As if there is something unusual about telling stories involving women and people of color and LGBTQ characters on TV. I have a different word: NORMALIZING. I’m normalizing TV.”

Not only should you watch Shonda to see how her projects evolve over the next few years, you should also watch her shows — she’s been known to use her art to react to current events, and we can’t wait to see what she does next .(Author: Rosemary Donahue. Photo via Leon Bennett/ Getty.)

Which Hollywood stars inspire you? Tell us @britandco!