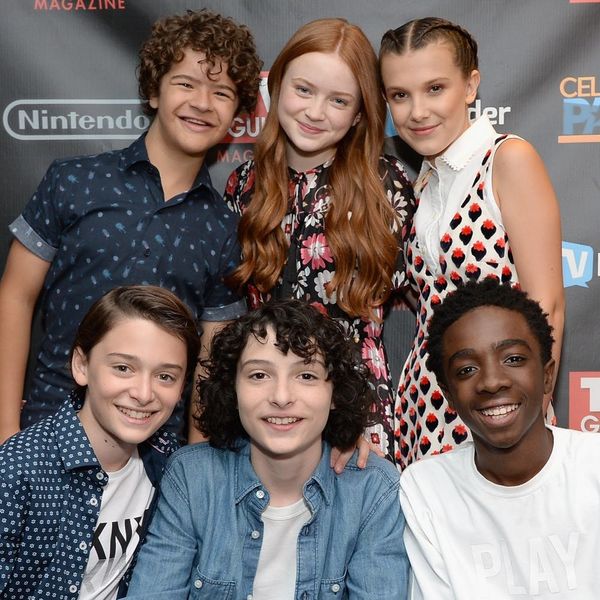 The hype surrounding the premiere of Stranger Things season two was huge. From Lyft collaborations to clothing lines and even a virtual Upside Down, it was Strange overload! But that was nothing in comparison to the buzz the actual second season launched over on social media. Released on Netflix at midnight, fans binge raced through all nine of the new episodes before sounding off with their opinions, theories, and more.

Check out some of the best reactions below (and rest easy — there are NO spoilers ahead!)

1. No Sleep ’til the Upside Down: Sleep is for the weak, anyway. *Wink, wink*

Waking up knowing #StrangerThings season 2 is out. pic.twitter.com/48Fw14cjRF

3. Don’t Leggo Those Eggos: Gotta have the essentials!

season 2 is so good guys i can’t put it into words. it’s incredible. how do you make something this good #strangerthings

4. Speechless: Some were at a loss for words over the latest Stranger material — but maybe that’s also the sleep deprivation kicking in!

5.All the Feels: We’re all on this emotional roller coaster together.

6. Eleven Fever: So much love for this girl!

7. Priorities: Who cares if you’ve got other responsibilities when a Demogorgon is on the loose?

8. Playing Hooky: One fan was so pumped, he took the day off from work, and had an Eleven-style feast, besides. (Jealous!)

If I see any spoilers for #StrangerThings I will hunt you down & feed you to the Demogorgon. pic.twitter.com/hMFTGe3Nld

9. No spoilers! Seriously, tell us what happens at your own risk.

10. Nighty-Night: After a good binge, it’s time for some shut-eye. Or maybe some help.

my non-spoilery thought about #StrangerThings is that they should make season 3 ASAP pic.twitter.com/NbrsHPYRvd

Have you started Stranger Things season two yet? Let us know @BritandCo!