Here Are the New Characters Coming to ‘Stranger Things’ Season 3 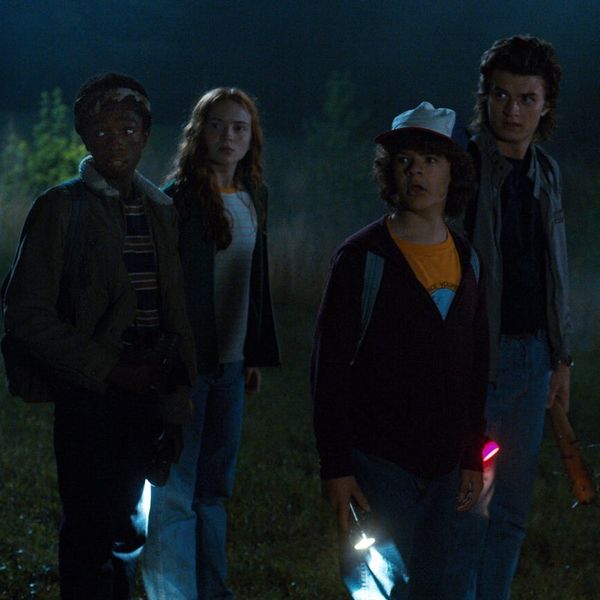 Stranger Thingsseason three will not only bring us another time-jump, more of Eleven’s siblings, and another face-off with the shadow monster, but it will also bring us these three new characters.

While we previously said goodbye to Barb (Shannon Purser) in season one and Bob (Sean Astin) in season two, we hope the three new characters that we’ll get to know in the show’s third season won’t be seeing such a dire fate (although we don’t have high hopes for any of them, TBH).

According to That Hastings Show, Bruce is a “morally compromised” reporter in his 50s who is sexist as all get-out. While he doesn’t seem like a person we’d like to know in person, it’s certainly interesting to note that a reporter will be snooping around town. Will Bruce be investigating the mysterious lab… or maybe even Eleven? We’ll just have to wait and see.

Mayor Larry Kline will also be introduced next season, and it sounds like he’ll be another unsavory character. Described as an “’80s style slick politician,” he’s apparently a man who only looks out for himself. Not a great quality to have when Demodogs are roaming around.

Patricia Brown, on the other hand, is an elderly woman in her 70s who is more than willing to help others and give advice to the neighborhood kids. Though, considering what the kids in this story deal with, we can’t imagine what kind of useful tips she could offer.

We don’t know yet just how major or minor each role will be or who will be playing the new characters, but with the show continuing to be just as popular now as it was when it first came to Netflix, we have no doubt that plenty of actors will be vying for these parts.

Who would you love to see join the cast of Stranger Things season three? Let us know @BritandCo!